"Star Trek Into Darkness" makes the trek into theaters in two weeks, but we've got a sneak peek at almost 6 minutes of footage from the flick right now!

Six clips from the highly anticipated sequel were just released, showcasing new characters, returning favorites and some of the crazy action sequences -- including a high-speed chase through space and the frightening crash of the starship Enterprise. 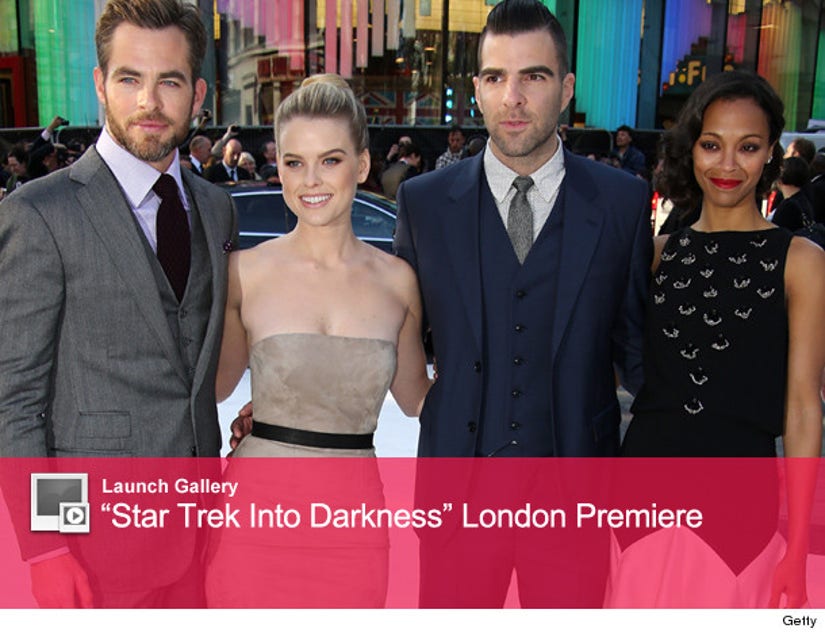 The London premiere of the movie took place earlier today in London, where Chris Pine, Alice Eve, Zachary Quinto and Zoe Saldana all hit the red carpet along with the rest of the cast.

While the two boys looked great in their sharp suits and Alice showed off her sexy physique in a tight-fitting dress, Zoe missed the mark in a number that looked like a Siamese fighting fish -- check out the full look in the gallery above.

Paramount also released a brand new trailer for the movie ... or at least a new version of an older preview.

But to watch it, you're gonna need some old-fashioned red and blue lensed glasses, because it's in 3D!

"Star Trek Into Darkness" hits theaters May 17, with IMAX sneak peeks starting May 15.