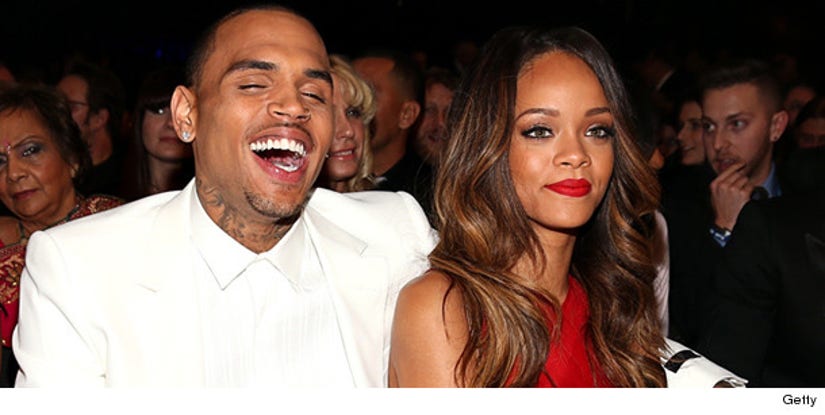 Looks like Rihanna and Chris Brown are on another break.

The R&B singer revealed he's celebrating his 24th birthday "solo" this year while talking to the "Kyle & Jackie O" radio show in Australia.

"I'm 23, I'm going to be in Vegas, so I want to really see as many girls as possible," Brown said while talking about his b-day plans.

When pressed about his relationship status with RiRi, Chris continued.

"People have differences, and people have different wants and needs," he continues. "At the end of the day she's a young girl, I can't really be focused on wife-ing somebody that young, and I'm young too. I just got to step forward and be the man and be the best Chris Brown I can be instead of worrying about whoever else is going to be in my side pocket."

The singer also opened up about some very revealing selfies that made their way online, where Brown was his usual humble self.

"Oh I'm working with a baby monster, don't worry about it," he said.

So, there's that. Listen to the full interview above. The Rihanna talk starts around 4:55.