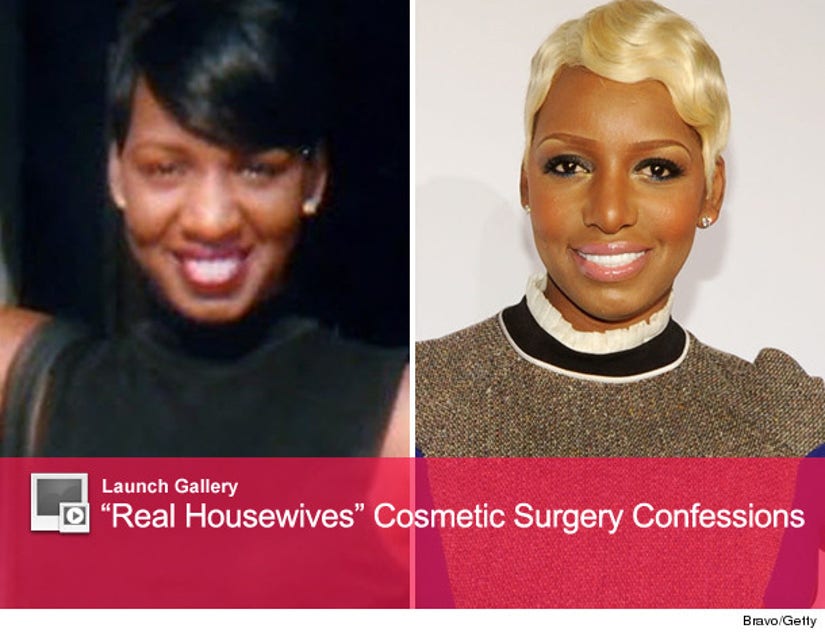 NeNe Leakes has always been outspoken, and in a special "Watch What Happens Live," the "Real Housewives of Atlanta" star threw more shade than a cloudy day.

Surprisingly, one person that was spared was Nene's former frenemy Kim Zolciak, whom NeNe reconciled with after the "RHOA" reunion.

"It's so strange, because everyone is asking me 'are you and Kim friends again?'" NeNe told host Andy Cohen. "It's not like we're friends. To me, it's like Kim and I are in two good places in our lives ... I feel like we agreed to let the past be the past and just move on with the future."

"I wish her all the best," NeNe continued. "It's not like we're going to hang out and be best buds. It's a lot of work we have a lot of work to be that way again."

But there's one ex-housewife NeNe will never reconcile with: Sheree Whitfield, who NeNe recruited for the show.

"Out of all the girls, is the very one person I will never have anything else to do with. I think Sheree is very evil, i think she is very mean and she is a true b----."

When pressed what caused the drama, NeNe elaborated.

We spoke with Sheree exclusively on Sunday night, and although she hadn't seen the interview, she alluded to history between the two as well:

NeNe had lots to say about other Housewives, including ones from other cities.

On costar Porsha Stewart (who NeNe said needed to be replaced at the reunion) ...

NeNe: "At the time ... I felt that if Porsha came back for a second season with Kordell [Stewart] he would keep her from saying things. This is not the show you need to come on and [say] 'you can't do this and you can't do that.' So I thought Porsha wouldn't be right to come back."

"My opinion has changed now that Kordell has filed for divorce. Porsha has a big personality, she's very talkative with a lot to say ... now that he's out of the picture ... she can be herself. I want her to grow."

Nene: "I believe there was never a relationship. Never. I believe that Kenya and Walter had a pact coming onto the show and it didn't work out in the end."

On Teresa Giudice and Melissa Gorga of "The Real Housewives of New Jersey" ...

NeNe: "It switched. I was on Teresa's side and then I went to Melissa's side. And then I didn't like either one of them at that point ... it just went too far."

"I feel for Teresa. When you're the first one in on one of these shows and somebody comes behind you it's sorta like, 'hold on you gotta respect the veteran. I was here first and you came over here and tried to play on my territory, honey.' So I'm with Teresa there."

On Brandi Glanville of "The Real Housewives of Beverly Hills" ...

NeNe: "Just a trainwreck. She says a lot of stuff she does not need to say ... negative stuff. She thinks she's a gangster or something. I like her when she's not drinking. Brandi and drinks don't work for me."

On the "Real Housewives of Orange County" ...

NeNe: I almost think you can recast Orange County. I find a couple of them are quite boring.

Nothing upset NeNe more than seeing her audition tape and her "before" nose and hair. Check out even more "Real Housewives" stars before they got famous by clicking the "Launch Gallery" above!