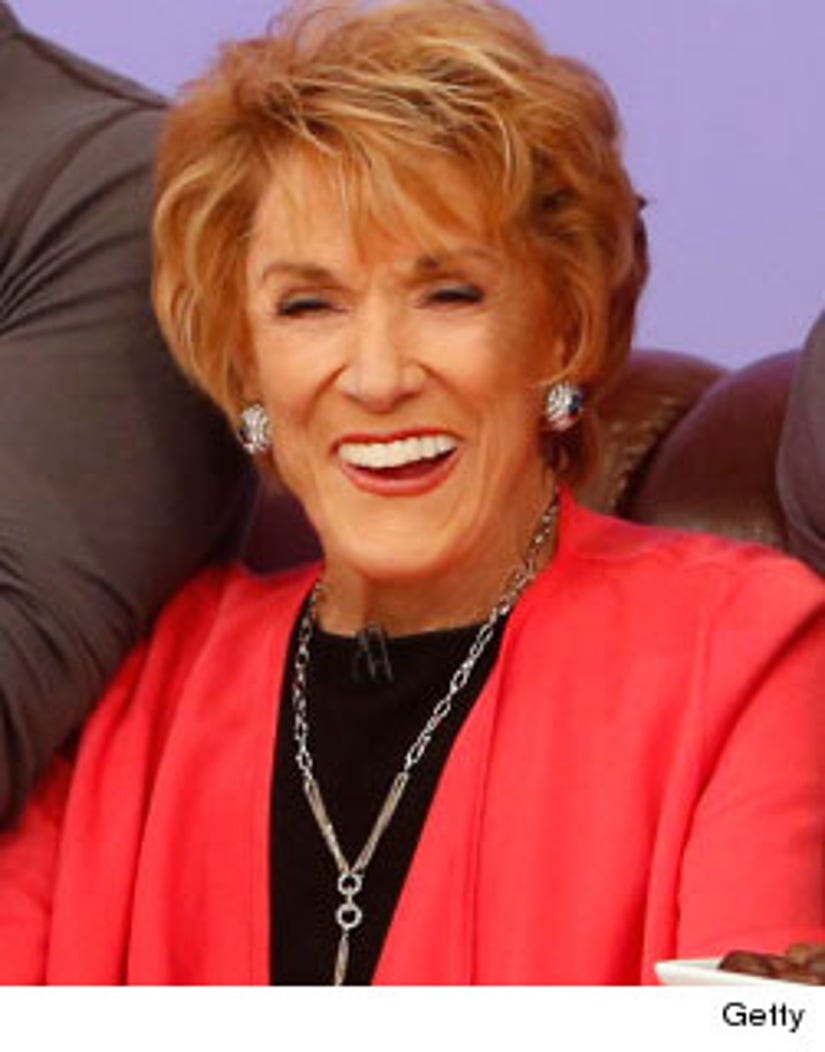 Jeanne Cooper -- who played Katherine Chancellor on the soap opera "The Young & The Restless" for nearly four decades -- died today at age 84.

One of the grand dames of daytime television, Jeanne was nominated for a Daytime Emmy 11 times and won Best Actress in 2008. One of her most memorable moments came in 1984, when Jeanne and her character underwent a face-lift at the same time.

Jeanne had been hospitalized since April due to an undisclosed illness.

Her son, actor Corbin Bernsen, shared the news of her passing, tweeting: "Mom passed this morning. She was in peace and without fear. U all have been incredible in your love. In her name share it 2 day with others."

CBS Entertainment president Nina Tassler remembered the veteran actress as "a daytime television legend and as a friend who will truly be missed by all of us here at the network."

Soap stars and celebrity fans of Jeanne took to Twitter to pay their respects. Share your thoughts below.

Daniel Goddard @danielgoddard
I am just crushed to hear that #JeanneCooper has passed away. We have lost an icon. She was the grand dame, a beautiful soul who touched the lives of millions. I am honored and so privileged to have been part of her miraculous life... and she will always be in my heart.

Eric Braeden ‏@EBraeden
I am deeply saddened by Jeanne's passing! She had struggled enormously to the very end! She loved her fans, & we all loved working with her!

Lauralee Bell ‏@LauraleeB4real
Jeanne took me under her wing from the moment I started Y&R. A friend, teacher, mother figure, a true joy. I will miss her so! #YR40

Jessica Collins ‏@JessicaCollins
A very sad day for all of us. You will be deeply missed Jeanne Cooper. #YR

Joshua Morrow ‏@JoshuaMorrowYR
These hallowed halls will never be the same :(

Tracey Bregman ‏@Traceybregman
@corbinbernsen I am beyond sad and so grateful for every minute I had with her. Love to you all. oxox

Steve Burton ‏@1SteveBurton
A legend may pass but their light never goes out. #RIPJeanne My prayers are with her family.

Michelle Stafford ‏@TheRealStafford
There are some people in the world who are just magical...Jeanne Cooper was one of those people #Legend #ripjeanne #originalbadass #beauty

All My Children ‏@allmychildren
The Soap world has lost a true legend. Our hearts are heavy. Jeanne Cooper, you will be missed!

One Life to Live ‏@onelifetolive
We're sad to hear that the soap world has lost a true legend today. Our hearts go out to the family of Jeanne Cooper.

Andy Cohen ‏@BravoAndy
RIP Jeanne Cooper - a daytime LEGEND! And one of the most fun broads you could ever hope to meet!

Caroline Manzo ‏@CarolineManzo
Ohhh, Jeanne Cooper from The Young & The Restless passed away - she was awesome.... :O(