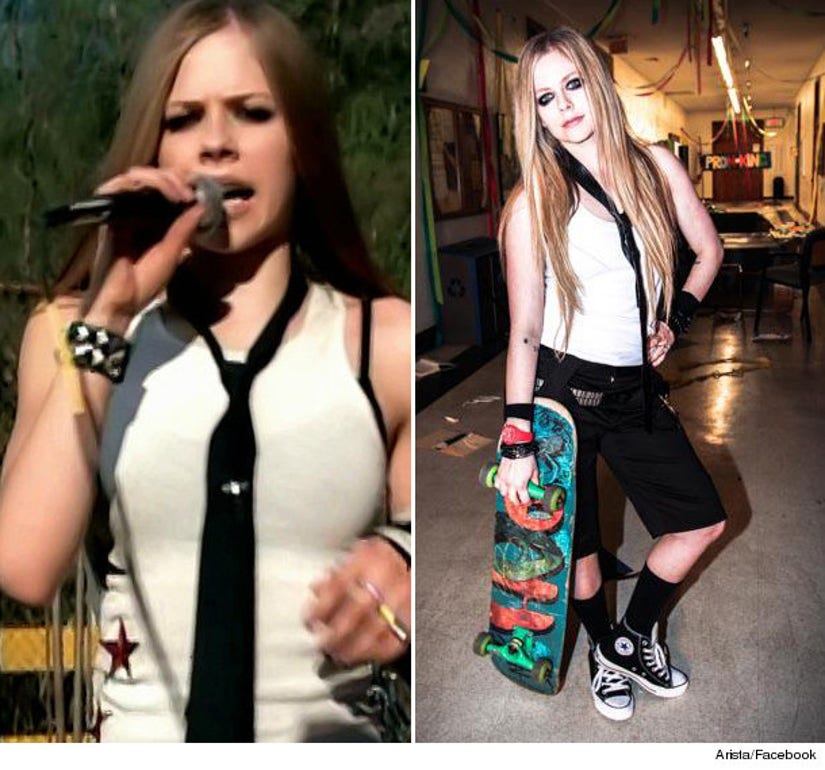 Looks like things are still a little "Complicated" for Avril Lavigne.

The Canadian singer just released her brand new music video for "Here's to Never Growing Up" -- and she's bringing us back to 2002 by wearing an outfit from her debut music video.

Sporting a white tank top and the trademark ties that she made oh-so-popular, Lavigne is seen skating around a high school in the new video. Sk8er girl for life!

The video also sees her reuniting with her former bandmates Evan Taubenfeld and Devin Bronson, as they all perform at a high school prom gone wild.

Check out the clip below. WARNING: The song contains profanity.