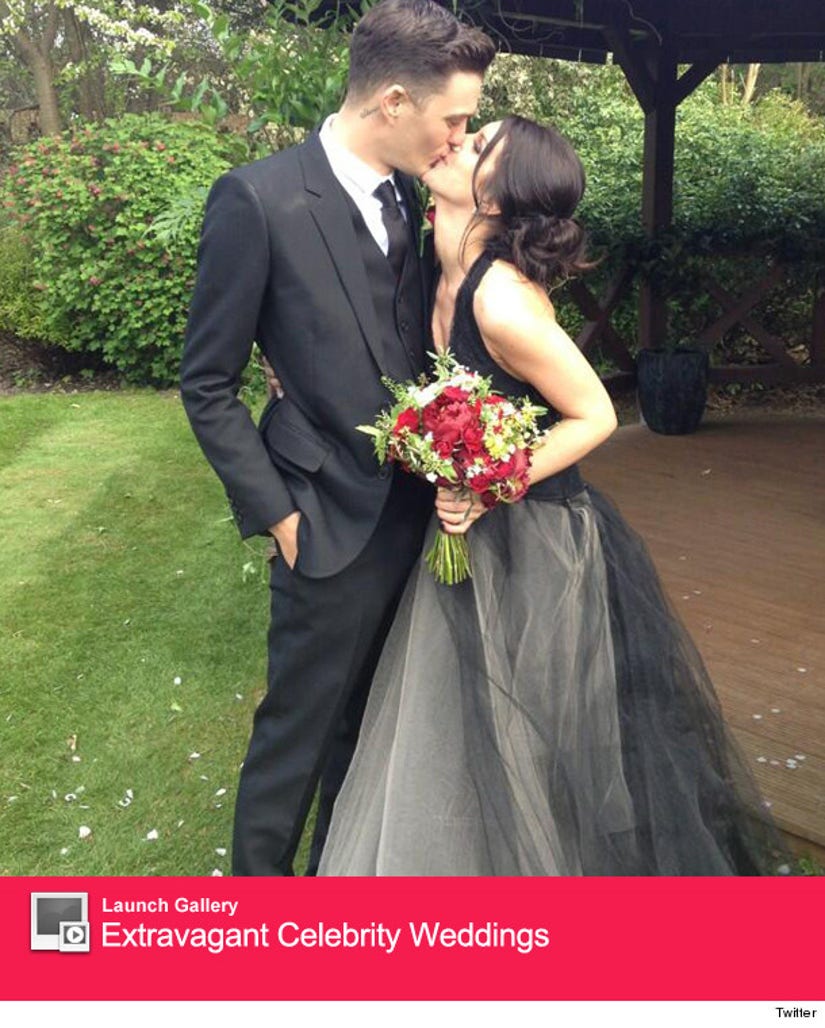 Shenae Grimes and Josh Beech are officially man and wife, as the "90210" star tweeted a photo of the couple kissing with the message "I now pronounce us Mr. and Mrs. Beech!"

It looks like the pic was taken during the ceremony itself -- and while her dress wasn't as unique as Mama June Shannon's camo gown, it was definitely an unusual choice.

No white to be found here, as the 23-year-old sported a black and grey number for the ceremony.

And that wasn't the only non-traditional part of the wedding. The two reportedly walked down the aisle to house music at a tudor manor outside of London.

Congrats to the happy couple! What do you think about wearing a black wedding dress? Sound off below!