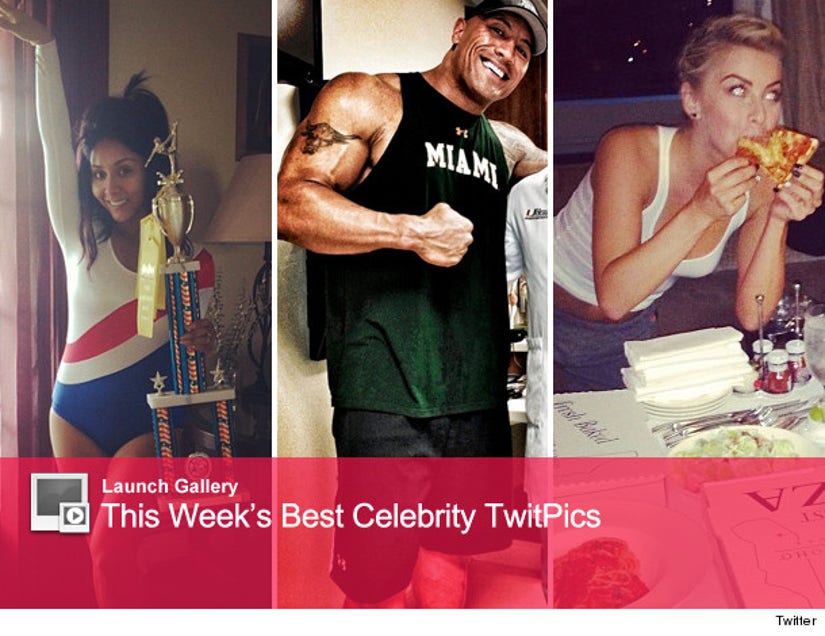 This week in celebrity TwitPics, Snooki is shrinking, The Rock is on the mend and Julianne Hough is pigging out!

Health and fitness seemed to be on everyone's mind this week.

The "Jersey Shore" star showed off her ongoing weight loss by slipping into a gymnastics leotard she hasn't worn since she was 11. Yep, 11. Crazy!

Dwayne "The Rock" Johnson, who was in the hospital earlier this month with a hernia operation, showed he's definitely feeling better -- sharing a photo with the doc who "sewed my guts back in."

And Julianne put healthy thoughts out the window after attending the Met Gala in NYC, instead chowing down on room service with BFF Nina Dobrev.

Plus, which star flaunted her bikini bod? Which 19-year-old was caught drinking beer? And which former "Full House" star showed off her makeup-free face?

See all those and more in the gallery above!