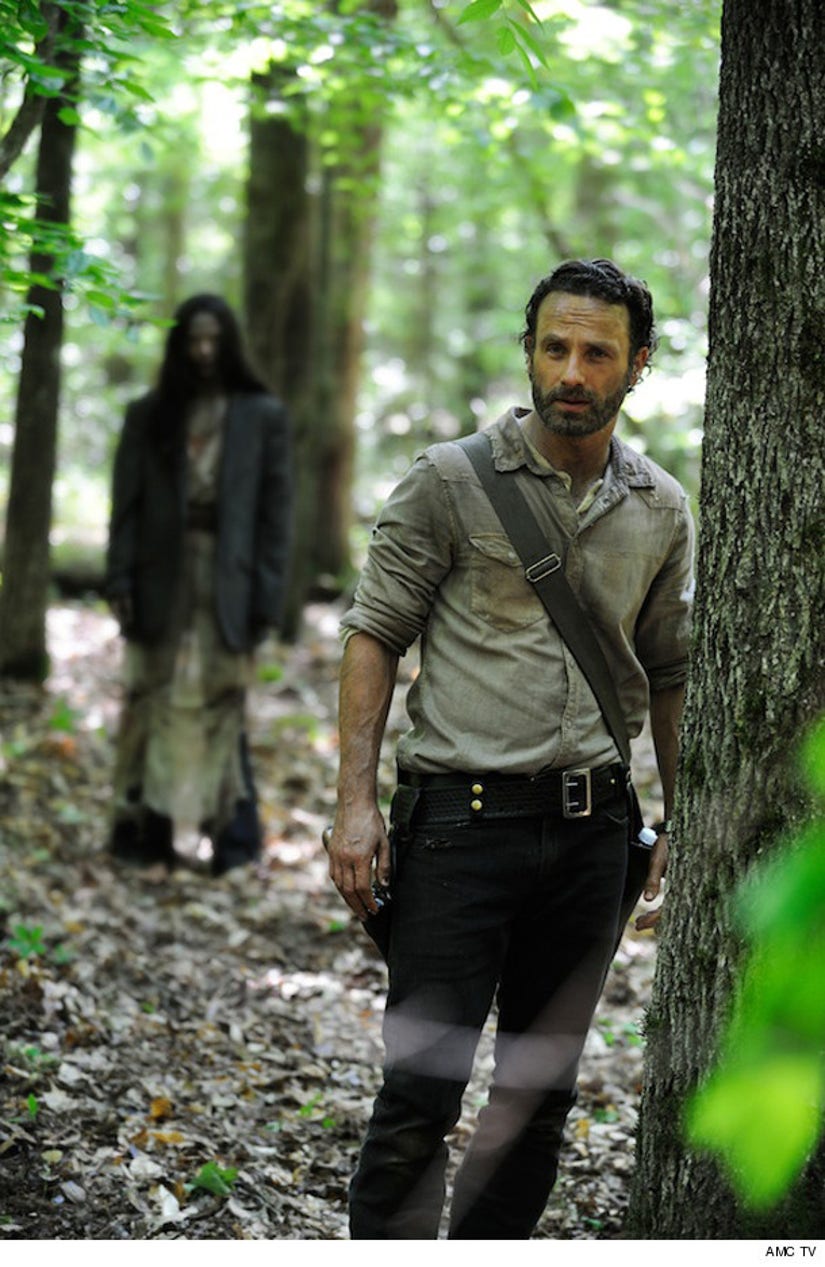 If you're like us, you're counting down the days until the Season 4 premiere of "The Walking Dead."

The hit AMC drama doesn't return until October, but production started this week. In the sole image released, we see Andrew Lincoln (Rick) walking in the woods with a female zombie in the background.

There's very little information about the upcoming season, but actors Melissa McBride (Carol), Scott Wilson (Hershel) and Emily Kinney (Beth) will all be promoted to full-time status. We hope to see more of Melissa's character in particular, since Carol is one of the few Atlanta survivors left and a core part of the group. Might we finally see a romance between her and Norman Reedus' character Daryl.

One thing's for sure -- big changes are ahead. With a new showrunner and the addition of the Woodbury residents, the small group of survivors has become a large one. Plus, the threat of The Governor still looms large.

Keep coming back to toofab for the latest information on "The Walking Dead!"