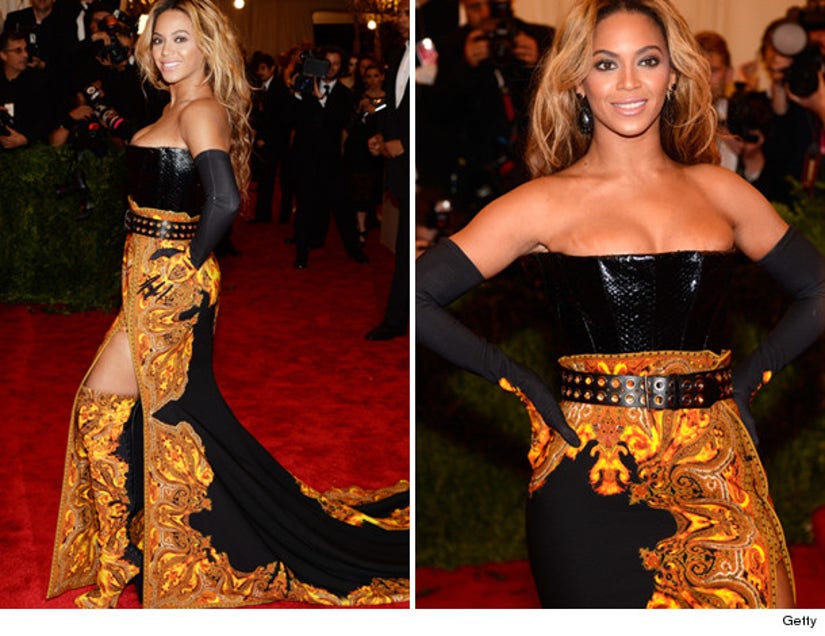 There might be another baby on the way for Bey!

Page Six reports that multiple sources have told the publication Beyonce is expecting her second child with hubby, Jay-Z.

Rumors began to circulate when photos from her World Tour went viral showcasing, what looks like, a pretty decent size baby bump on the singer.

There are even reports that the Beyonce's Givenchy dress was specially designed to conceal her growing midsection at last week's Met Gala.

Bey's reps have yet to comment on the pregnancy rumors ... but the singer recently said that she'd love to give Blue Ivey a sibling.

In a recent interview, the 31-year-old told ABC's Amy Robach “I would like more children. I think my daughter needs some company. I definitely love being a big sister.”

Do you think Beyonce is pregnant? Sound off below!