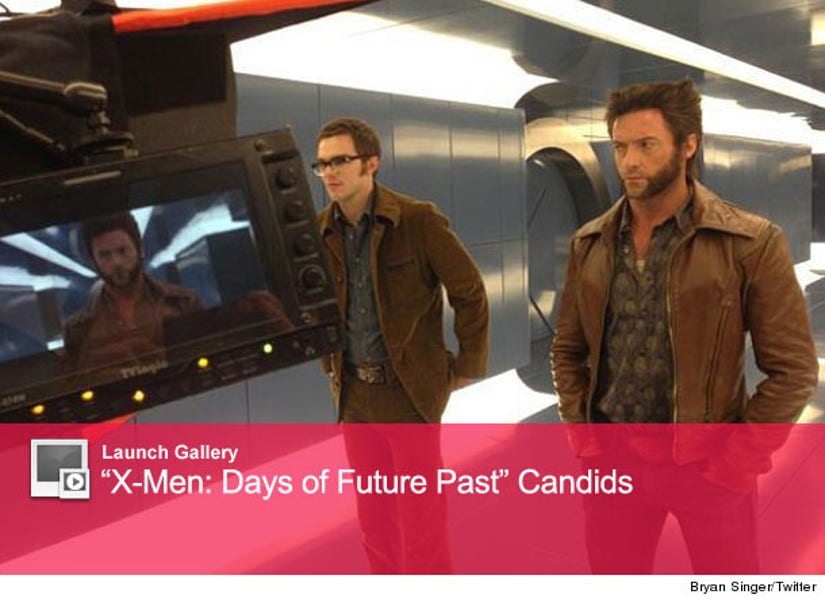 As much as we love Iron Man and The Avengers, the one superhero team we're most looking forward to seeing back on the big screen is The X-Men.

"X-Men: Days of Future Past" is currently filming, and director Bryan Singer has been leaking photos from the set, including a shot today of the Wolverine himself, Hugh Jackman.

"Welcome to 1973. @RealHughJackman @NicholasHoult #XMen #DaysOfFuturePast," Singer tweeted, confirming the clawed mutant will be in the film (hopefully more than his brief cameo in "X-Men: First Class").

Fans will recognize Nicholas Hoult as Beast, who is back to his human form.

"Days of Future Past" includes the cast from "First Class," including Oscar-winner Jennifer Lawrence. James McAvoy returns as Charles Xavier, who's lost use of his legs (after getting shot in the last film) but not lost his hair ... yet. In fact, McAvoy sports wild hippie hair.

The film also includes the "younger" heroes from "X-Men: The Last Stand," including Ellen Page (Shadowcat) and Shawn Ashmore (Iceman) as well as the older versions of Xavier and Magneto, played by Patrick Stewart and Ian McKellen, respectively.

How the two casts will interact is still unknown, but if it's anything like the comics, "Days of Future Past" will involve time travel and alternate futures.

Are you excited for "X-Men: Days of Future Past"? Tell toofab in the comments below.