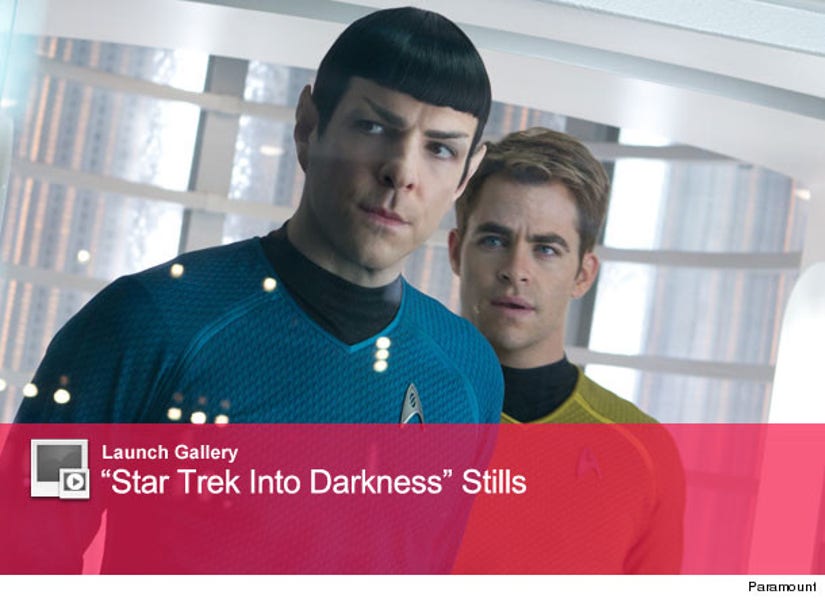 For a movie called "Star Trek Into Darkness," it's surprisingly full of light and humorous moments.

In fact, jokes come second only to action in J.J. Abrams' "Star Trek" sequel, which opens in theaters Friday.

"Trek" is a wild ride -- a roller coaster of action that stops momentarily to clarify a plot point or deliver a bit of witty banter before barreling off again.

The plot revolves around John Harrison (Benedict Cumberbatch), a Starfleet agent gone rogue. It's up to Captain James T. Kirk (Chris Pine) and his crew to track down Harrison and bring him to justice. 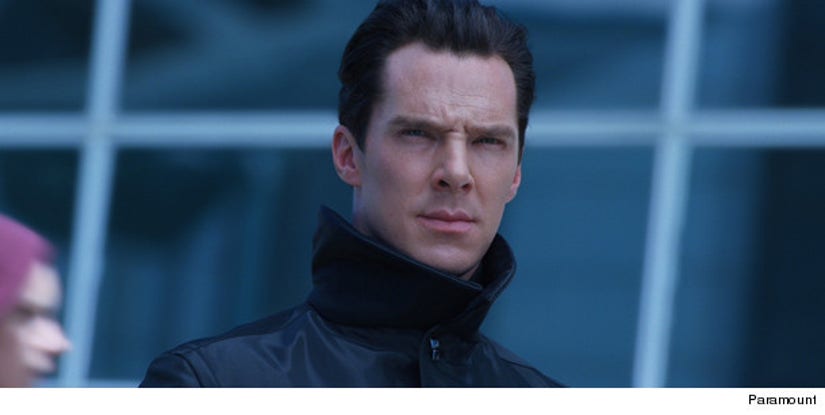 With his piercing stare and deep voice, Cumberbatch makes an intimidating villain. He is lanky but possesses superhuman strength and agility, as well as a brilliant mind. He's more than a match for the Enterprise's crew, and their battles take them from ship to ship, planet to planet.

As Kirk, the charming Pine is more space cowboy than captain, spouting jokes as easy as he does orders. Much of the remaining humor comes from Scotty (Simon Pegg), who was embarrassingly under-utilized in the last film. He really shines. Because the cast is so large, that means other roles are limited: Sulu (John Cho) and Chekov (Anton Yelchin) have few scenes, and McCoy (Karl Urban) is reduced to a caricature spouting his infamous "I'm a doctor, not a ..." lines.

As in "Star Trek," Spock (Zachary Quinto) is the most developed character, putting his brains -- and brawn -- to good use in the fight against Harrison. Sadly, Aussie newcomer Alice Eve is unremarkable in her role as Carol Marcus, and her accent is never really explained.

Trekkies will appreciate the nods to previous films and "Star Trek" lore -- references to alien Gorn and Tribbles are made, and Abrams takes a stab at re-imagining Klingons. One pivotal scene hearkens back to the climax in a previous film, but the resolution can be seen from a light year away, and therefore loses its emotional impact.

Still, "Star Trek" is flashy (lens flares galore!) and splashy (literally, as parts of the film are underwater), but it fails to draw out any feeling other than a rush of adrenaline.