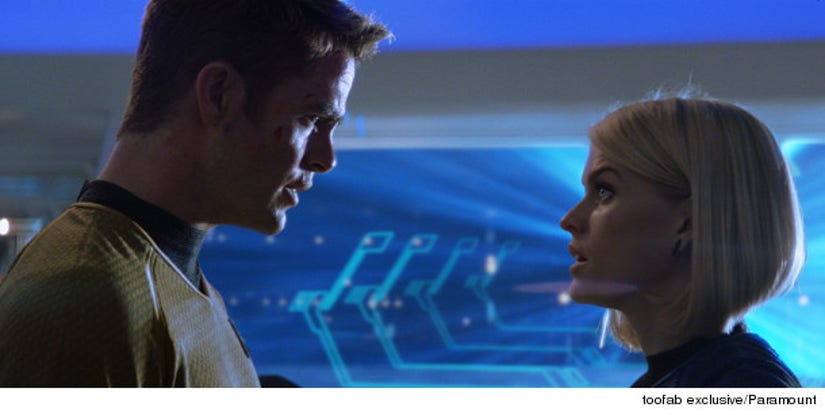 One of "Star Trek's" greatest legacies has been its positive portrayal of women.

These roles aren't your typical damsels in distress or alien temptresses, they're Starfleet officers, dastardly villains and plucky heroines.

And while there aren't many female roles in "Star Trek Into Darkness" -- the women who grace the screen are strong. Zoe Saldana reprises her role as communications officer Nyota Uhura, Alice Eve (above) joins the crew as Dr. Carol Marcus, and Nazneen Contractor plays Rima Hardwood, a mother whose decision sets up the entire film.

Some big-name actresses have starred in "Star Trek" films -- including Kirstie Alley and Kim Cattrall. Click on the "Launch Gallery" link below to see what they look like now -- all are still beautiful, and some even age-defying (we're talking about you, Iman).

Who is your favorite "Star Trek" actress? Tell toofab in the comments below!