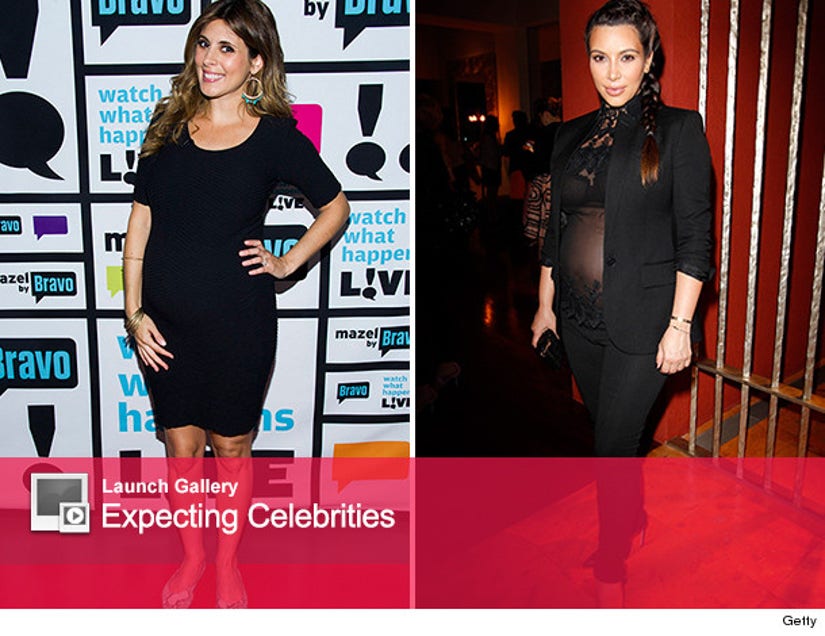 While fashion (and armchair) critics have been blasting Kim Kardashian's pregnancy style (case and point, this dress), at least two celebrities are coming to her defense.

Actress Jamie-Lynn Sigler and "Real Housewives of Orange County" star Heather Dubrow were on "Watch What Happens Live" last night, and both showed their support for the reality star. Jamie-Lynn is currently pregnant with her first child, and Heather has four.

Find out why the mom-to-be "feels bad" for Kim Kardashian:

As for the possibility of a "Sopranos" reunion, Jamie-Lynn told host Andy Cohen, "no, it's done. It's sad to say but I don't think so."

The actress, who played Meadow Soprano for 10 years, didn't know the now-infamous diner scene was going to be the final shot. "We actually all watched it together at a screening room at HBO before it aired and I turned around because I thought the projector went out. I did not know it was going to be that cut to black."

She admitted initially being confused when the credits started rolling, but upon reflection called it a "perfect ending."

Jamie-Lynn also weighed in on Amanda Bynes, whom she costarred in "Love Wrecked" with. "I think she's so talented," she said, hesitating before continuing on. "I don't know."

Do pregnant women get a pass? Tell toofab in the comments below.