Val Chmerkovskiy almost made it the whole season of "Dancing with the Stars" without getting hurt. Almost.

Zendaya Coleman's partner was sporting a bandage around his right eye during their performance on Monday night's show -- and ABC released footage of the bloody accident that left him injured.

During rehearsals just hours before the live taping, the sexy dancer took an elbow to his eye and was seen bleeding profusely after the hit. 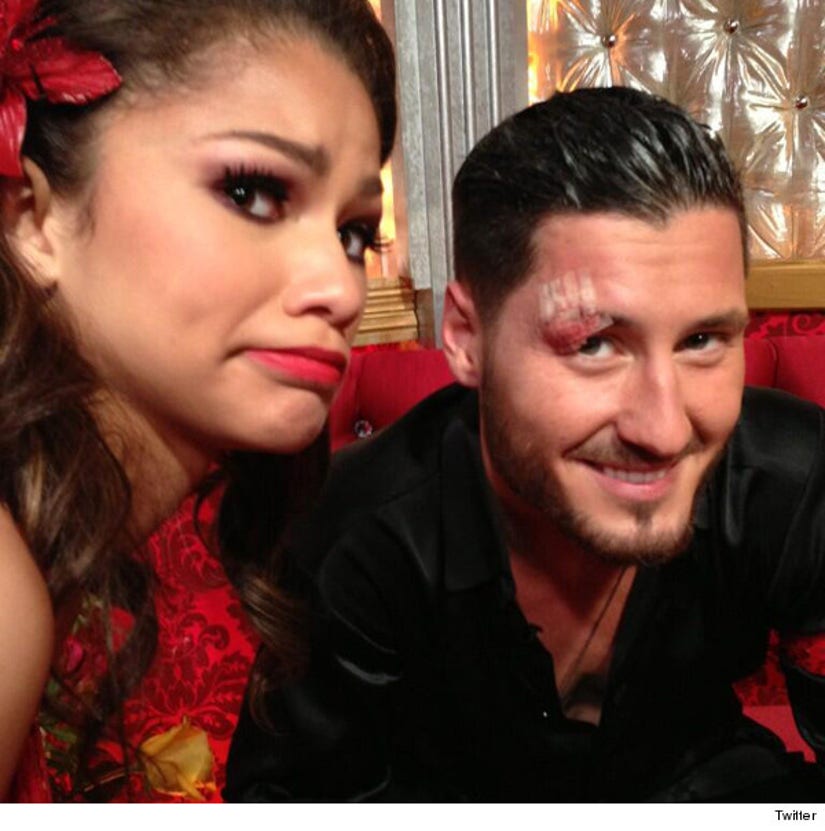 "I was nervous that I wasn't going to be able to dance for legal issues," Val told host Brooke Burke after their performance. "I'm good, I want her to enjoy the moment. This is temporary."

According to E!, Chmerkovskiy went to the hospital after the show.

Who do you think is going to win tonight? Zendaya, Aly Raisman, Kellie Pickler or Jacoby Jones?