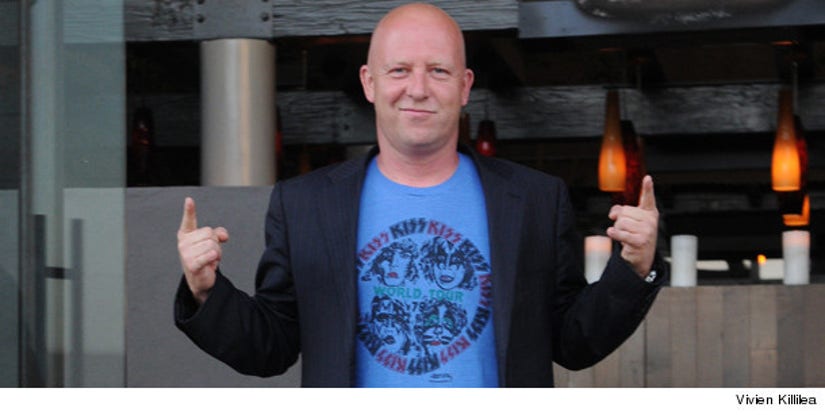 Stefan Richter is one of the most memorable contestants in "Top Chef" history. The Finnish-born chef was the Season 5 runner-up and competed in the recent "Top Chef: Seattle," losing the Last Chance Kitchen to eventual winner Kristen Kish.

toofab's Lawrence Yee caught up with the chef-owner of Stefan's at L.A. Farm to talk about life after "Top Chef" and the restaurant's Summer 2013 menu. Among the new additions are a chilled cucumber soup with birch pollen creme fraiche, lump crab salad with Old Bay, mustard and fennel, truffle arancini (our favorite), oysters with absinthe jello, Chateaubriand with truffle mash and Bernaise, and whimsical ice cream lollipops.

As fans know, Stefan is funny and unfiltered. Check out excerpts below:

toofab: What was the inspiration behind the new menu?

I like the heavy stuff like the goulash in the winter. For summer, I go light. There's lump crab. There's lollipops. There are some items I can't take off otherwise I'd get lynched in the parking lot, like the scallops. It's been on for four years and people love it.

Stefan: For me it's the crab salad. I love lump crab. I took the tuna tartare off -- I couldn't do it anymore. Wolfgang Puck did it, he mastered it. Why would I compete? Late summer I might put it back on.

toofab: What's the process of coming up with a new menu like?

Stefan: Sometimes I take off six items off the small plates, and then I add eight new ones. Then I get my panties in a bunch and take another six more off. It's funny, it's random. I keep it interesting for myself.

toofab: What's one dish that didn't make the cut?

Stefan: I wanted to put in sweetbreads again. I love them but people don't eat them. It's such a good thing if you properly make them. Brains people don't like ... I tried. Liver is great. I could sell liver!

toofab: How do you feel about the foie gras ban?

Stefan: I gotta tell you. I love foie gras. Do I think it's cruel? Yes. It is. Hands down. Would I buy it if it were legal? Yes. Do I smuggle it in? No. Don't get me wrong, anything fat tastes good. 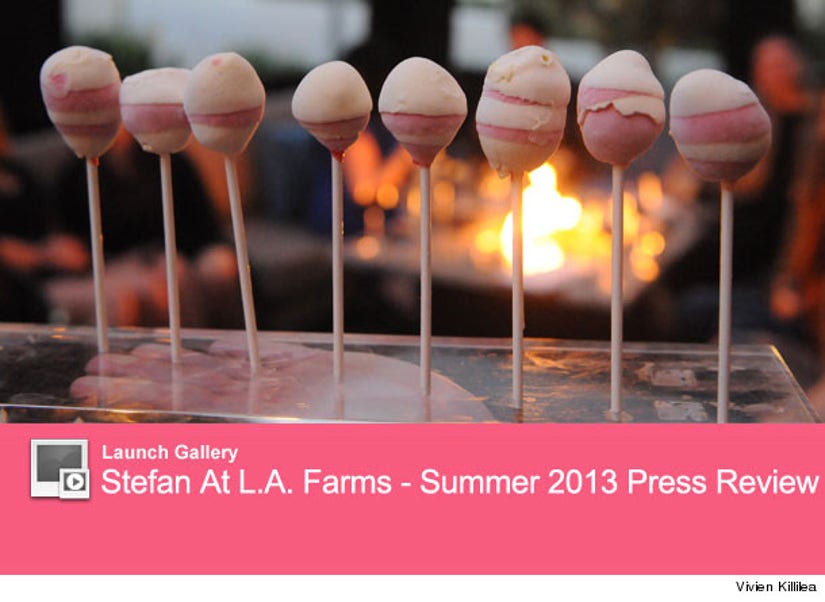 toofab: Would you compete on a third season of "Top Chef"? Who would you include in the competition?

Stefan: Of course I would! I would probably pick all the runners-ups and winners.

toofab: Who would be the hardest competition?

Stefan: I think Michael Voltaggio. People don't realize he's the nicest guy. I think we all have a bit of a persona because we're edited.

toofab: Bravo is infamous for their editing.

Stefan: I just shot a movie with Sylvester Stallone called "Reach Me." I can't look at movies the same anymore. I used to enjoy movies on the plane. It's all bulls--t. It took him 18 versions to get [the right shot.] It's all bulls--t.

toofab: What's your role? Do you play yourself? Some kind of chef?

Stefan: They call me the rock star. My script said rock star [laughs]. Kevin Connolly walks in and I fight with him and all this bulls--t back and forth.

toofab: Who would be your dream guest at the restaurant and what would you make for them?

You can learn more about Stefan, Stefan at L.A. Farms and his other restaurants by going to his official website.