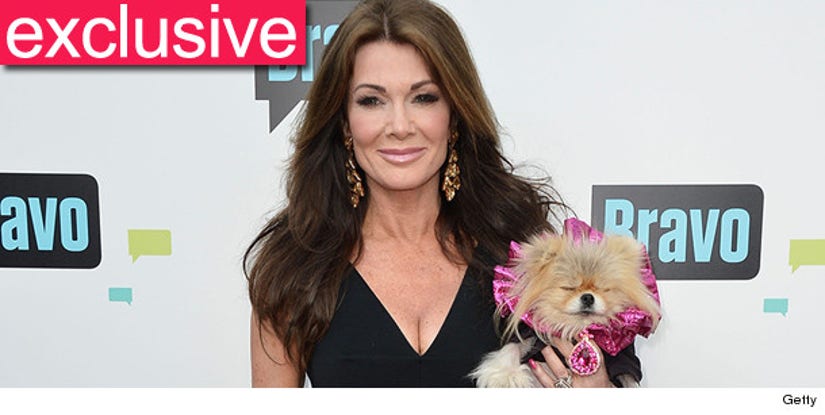 Lisa Vanderpump threw an impromptu wrap party after the "Dancing With the Stars" finale on Tuesday night at -- where else -- SUR Lounge!

Since "DWTS" held a party for its 300th episode last week, no party for this week's finale was planned. But the real housewife-turned-dancer and her husband Ken Todd graciously offered up their restaurant after the last show.

"We had such an incredible night and there's been such a strong feeling of comraderie between us that I said, 'Let's go back to SUR,'" Lisa told toofab's Lawrence Yee Wednesday night at Bravo's For Your Consideration Emmy Event. "It was spontaneous, but we rocked the party til 2am!"

A quick call was made to Lisa's daughter Pandora, and the staff began prepping cocktails and finger foods (including steak sandwiches and empanadas) for the arriving guests.

"Vanderpump Rules" stars Stassi Schroeder, Tom Sandoval and Katie Maloney helped serve (yes, they really do work there). There was one notable absence though -- Kristen Doute has been suspended from SUR for a few weeks for talking back to Lisa, toofab learned exclusively.

As for the "DWTS" results, find out what Lisa thought about Kellie Pickler taking the title:

Lisa got her plate full this summer -- she's shooting both "The Real Housewives of Beverly Hills" and "Vanderpump Rules" -- as well as breaking ground on her new restaurant PUMP next week!