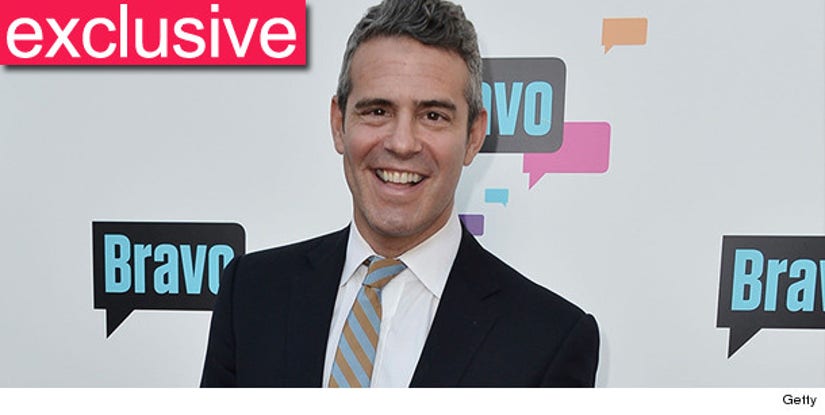 We've interviewed the "Shahs of Sunset" and "Dukes of Melrose," but we've never gotten the King of Bravo himself, Andy Cohen. That is, until now.

toofab caught up with the Bravo head honcho at the network's "For Your Consideration" Emmy event on Wednesday, where Lawrence Yee asked Andy about -- what else? -- "The Real Housewives" franchise he created.

Anyone who's watched his talk show "Watch What Happens Live" knows that Andy loves a good game. Because he was at an Emmy consideration event, we gave Andy some fictional categories and asked who should be the winner, beginning with "Best Dramatic Performance by a Housewife." Watch:

By the way, if you want to know which Vicki Gunvalson clip Andy's talking about, check it out here:

We also asked Andy who his dream "WWHL" guest pairing would be, and who was a more outrageous guest -- Brandi Glanville or Jenny McCarthy. Plus, his final word on Adrienne Maloof's departure from "The Real Housewives of Beverly Hills":

As for NeNe Leakes' upcoming wedding to Gregg Leakes, Andy says hasn't been invited yet, and Bravo might not even let him go because it "breaks the fourth wall."

You can read more about Andy's favorite "Real Housewives" memories in his biography: "Most Talkative: Stories From the Front Line of Pop Culture."

What is your favorite "Real Housewives" moment? Tell toofab in the comments below!