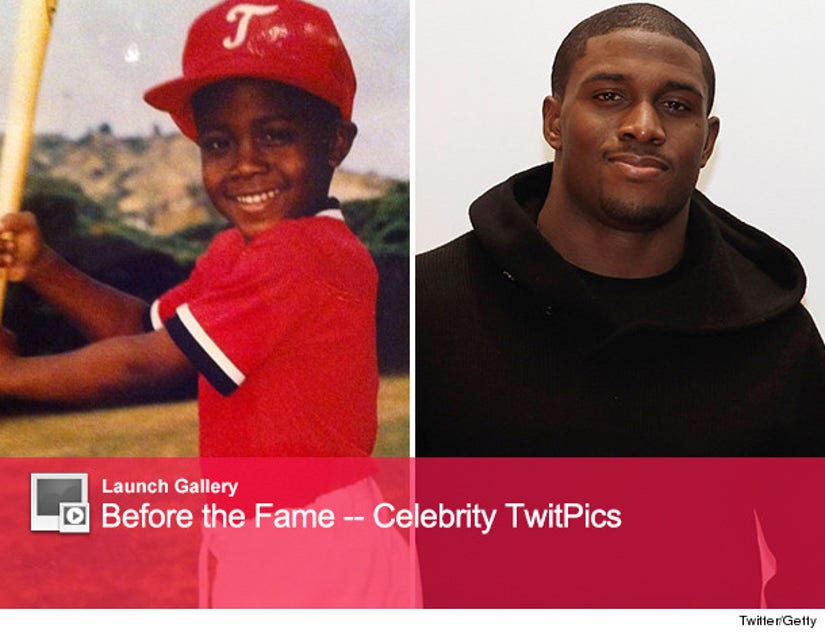 This young baseball player grew up to excel in another sport -- football!

Yep, that a young Reggie Bush!

"Baseball was my first love. Wanted to be like Ken Griffey Jr. growing up! If only I knew then… " the NFL pro tweeted with the old-school pic. Reggie would go on to be a standout running back at USC -- winning the Heisman Trophy in 2005 (he later had to forfeit it after the NCAA learned he received improper benefits).

In 2010, Reggie won a Super Bowl title with the Detroit Lions. But in the world of entertainment, Reggie is best known for his on-off relationship with Kim Kardashian.

After they split for the last time in 2010, he dated Kim lookalike Melissa Molinaro, and recently had a baby with his girlfriend, Lilit Avagyan.

Daughter Briseis was born on May 6th.

To see even more stars before they became famous, click on the "Launch Gallery" link above!