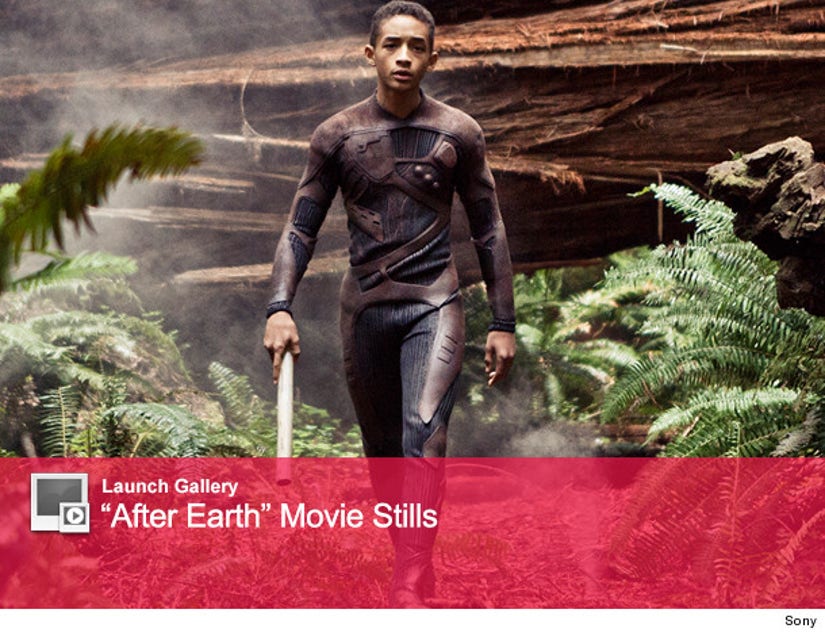 M. Night Shyamalan gave audiences one of the most memorable cinematic twists with "The Sixth Sense."

Sadly, there are no such moments in the director's newest film. "After Earth" is one the most predictable and linear films I've seen in a long time. And that's not its only issue.

Jaden Smith plays Kitai Raige, a teen who's grown up in the shadow of his war-hero father, Cypher (played by Jaden's real-life dad Will Smith).

The duo find themselves stranded after their spaceship crashes on Earth, which humankind abandoned 1,000 years prior after war and industry ravaged the planet. Cypher is seriously injured in the crash, so it's up to Kitai to trek 100 kilometers (62 miles) to another part of the wreckage to retrieve a rescue beacon.

Between Kitai and the beacon is a menagerie of deadly creatures, treacherous terrain, and extreme temperatures (the environs freeze faster than "The Day After Tomorrow"). There's also the Ursa, an alien predator that escaped from it's cage during the crash.

Luckily, Cypher can see and hear Kitai's every move, thanks to Kitai's high-tech survival suit (which can change color and fly, but apparently not keep him warm). Cypher acts like a virtual GPS, guiding his son to the beacon and warning him of any threats. Of course, predictably, the suit is damaged and Kitai is left to fend for himself (although he's armed with a cutlass -- a kind of morphing sword).

The film's flaws extend past the simplistic plot. Despite its title, there's little explanation about what actually happened on Earth, or after. In fact, the film's setting could be anywhere, anytime; apparently, when Will conceived the story, he envisioned it father-son survival tale following a car crash in a mountain.

The Raiges' spaceship looks cool, like a manta on the outside and a whale skeleton on the inside (an important reference in the film). Like "Iron Man," the interfaces and holographics are impressive. However, the creatures and environs (in particular a scene atop a waterfall) look a little too CGI.

14-year-old Jaden plays what I'm pretty sure he is at times -- a petulant teen. Will maintains his stern, stoic demeanor throughout the film. There's little range in their emotions; Jaden doesn't quite have the maturity yet, while Will is restrained by his character's military background. Adding to the stiffness is the awkward accent they employ.

There's already been a slick, sci-fi flick about the Earth this summer -- "Oblivion." If you're looking for a plot twist and heavy action, watch that instead. If you're a fan of the genre, you'll find nothing original in "After Earth," and it'll soon become an afterthought.