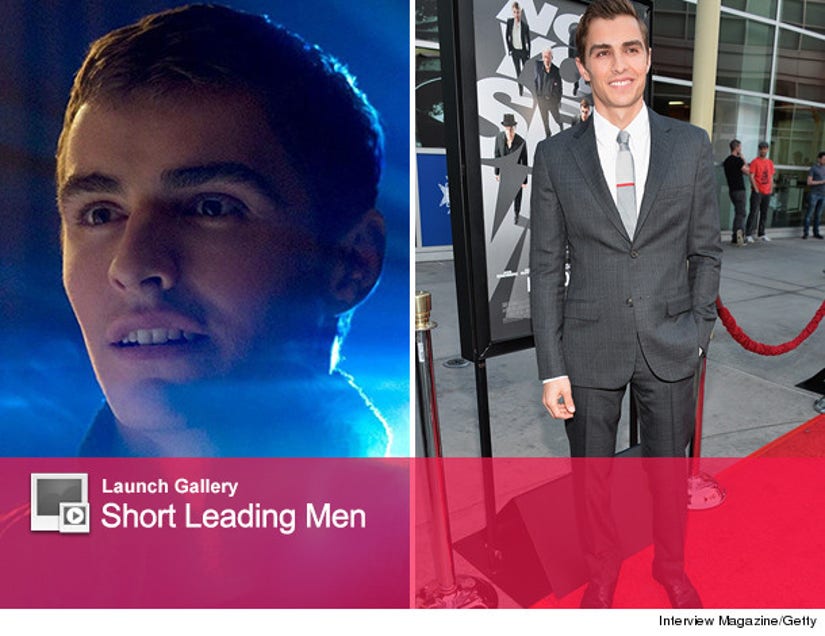 Two years ago, you probably didn't know much about Dave Franco, besides the fact that he was James Franco's cute younger brother.

Dave, who stars in the new magic flick "Now You See Me" (starring Morgan Freeman, Woody Harrelson, Mark Ruffalo and Jesse Eisenberg) chatted with Interview magazine -- where he opened up about working with Zac Efron, being compared to his older bro and his career.

The 27-year-old is currently working on "Townies" alongside Zac Efron (which hits theaters next year) and the two got a little too physical on set.

"I beat the sh-t out of Zac Efron," he jokes about the actor's recent injury. "No, no, it was a freak accident. It shouldn't have happened, but in the heat of the moment, he smashed his hand on the ground out of frustration during the scene, and he hit it the wrong way and fractured it, but it's totally fine now," he tells the mag.

The actor is happy to finally have made a name for himself, so people can stop referring to him as James Franco's little brother now!

"I made a conscious decision to distance myself from him work-wise. As much as I love him and respect him, I needed to stand on my own two feet," says Dave. "I have noticed a difference, or at least a change. People are starting to give me credibility, and I don't think that's a coincidence. I'm trying to be as smart as I can. We may look and sound similar, but our personalities couldn't be more different," he says.

Dave is also pretty thrilled to play a character his own age in "Now You See Me." Franco definitely has a baby face, and he measures in at just 5''7 -- so the actor's been cast in a lot of juvenile roles.

"Everyone always says it's a blessing to look a lot younger than my age, but sometimes I just want to look 27. It's not really specified how old I am in the movie, but yes it's clear that I'm at least out of high school," he admits.

Check out InterviewMagazine.com for all of Dave's story, and click "Launch Gallery" above to see more short leading men!