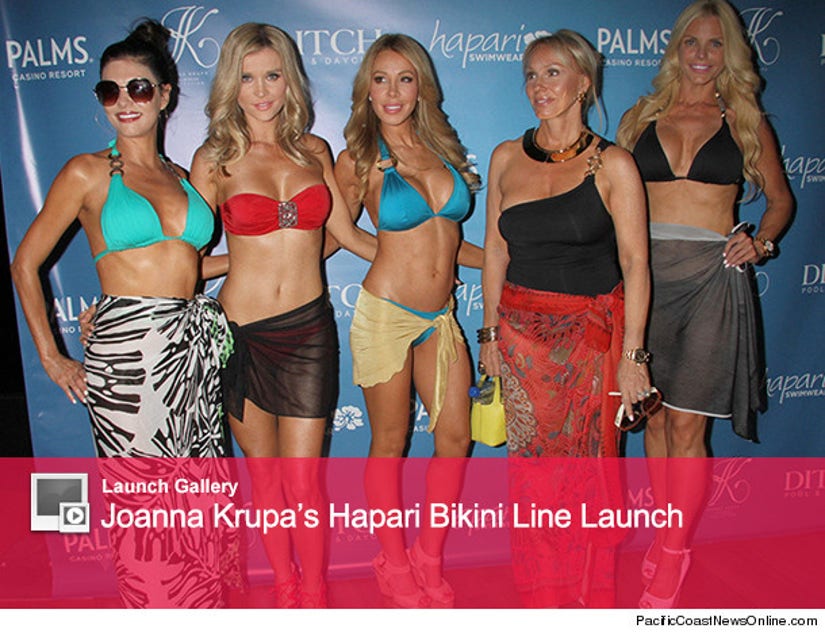 "The Real Housewives of Miami" descended upon Sin City to celebrate the launch of Joanna Krupa's swimwear line by Hapari.

The supermodel was joined by Lisa Hochstein, Lea Black, Alexia Echevarria, and even foestar Adriana De Moura, who flaunted their surgically enhanced bodies at Ditch Pool and Dayclub at The Palms Resort in pieces from the collection.

The weekend also served as Joanna's bachelorette party; she's slated to marry fiance Romain Zago this summer. Noticeably missing were Marysol Patton and Karent Sierra, who Joanna told us would be one of her bridesmaids.

It's been a busy off-season for the Miami housewives. Adriana De Moura wed her longtime boyfriend Fredriq Marq in a beautiful ceremony. And Lisa Hochstein finally moved into her Star Island home. But really, who cares? We know you're here to see them in their bikinis. Click on the "Launch Gallery" above to check out the sizzling shots.

Who has the best body?