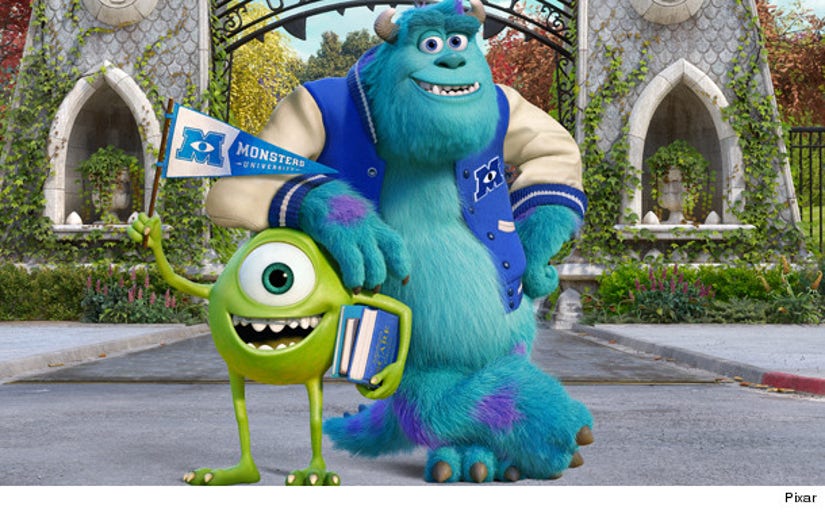 If there's one lesson to be learned from "Monsters University," it's that even an O.K. Pixar film is better than most animated flicks out there.

The movie is a prequel to the 2001 hit "Monsters, Inc." and shows how Mike Wazowski and James P. Sullivan (AKA Sulley) went from college enemies to BFFs.

The formula is pretty simple, taking elements from movies like "Animal House" and "Revenge of the Nerds," and stirring a ton of crazy creatures into the mix.

But the results are gorgeous.

The animation in this movie is incredible. The Ivy League inspirations for the title school look breathtaking on screen -- and its grounds are packed with more monsters than you can focus on. Each frame is literally filled with different and imaginative creations.

Billy Crystal and John Goodman return, bringing their characters to life again with as much success as they did back in 2001.

And while comedic talents like Sean Hayes, Dave Foley, Bobby Moynihan, Aubrey Plaza and Nathan Fillion lend their voices to the cast too, it's Helen Mirren and Charlie Day who really get to shine. 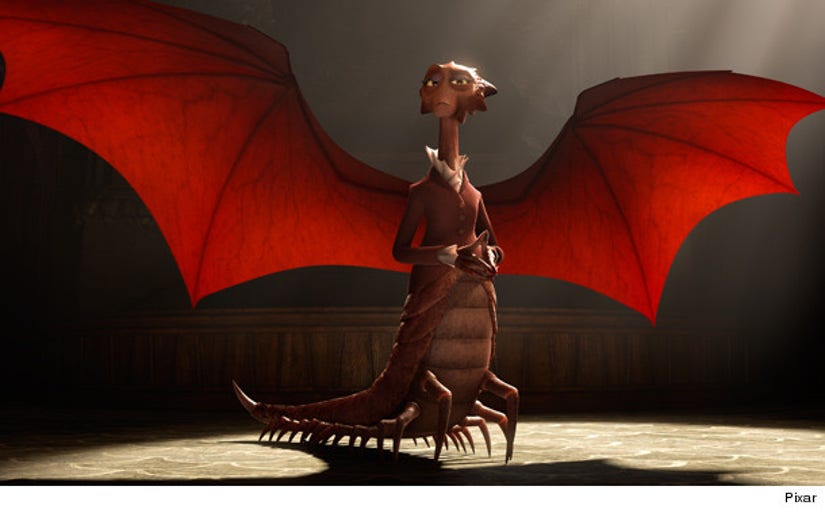 Mirren is both icy and authoritative as Dean Hardscrabble, who is by far the most interesting monster to look at in the movie. She's part dragon, part centipede and all scary.

As Art, Day provides a lot of comic relief, saying the most unexpected things every time he pops up. The movie definitely could have used more of him.

Unfortunately, the plot is a bit predictable and any adults going into the theater will see most of the twists and turns coming. Kids, of course, will still eat it all up.

I applaud the movie for teaching a more realistic (and less Disney) lesson to the audience -- saying you don't always get your dream and showing what to do when those dreams are crushed.

That's heavy and admirable stuff for a kids' movie.

Too bad the flick as a whole is lacking the emotional core that makes movies like "Up," "Toy Story," "Wall-E" and the original "Monsters" so compelling.

"Monsters University" is still very cute and children will LOVE it ... but at this point, the rest of us expect just a little a bit more from Pixar.