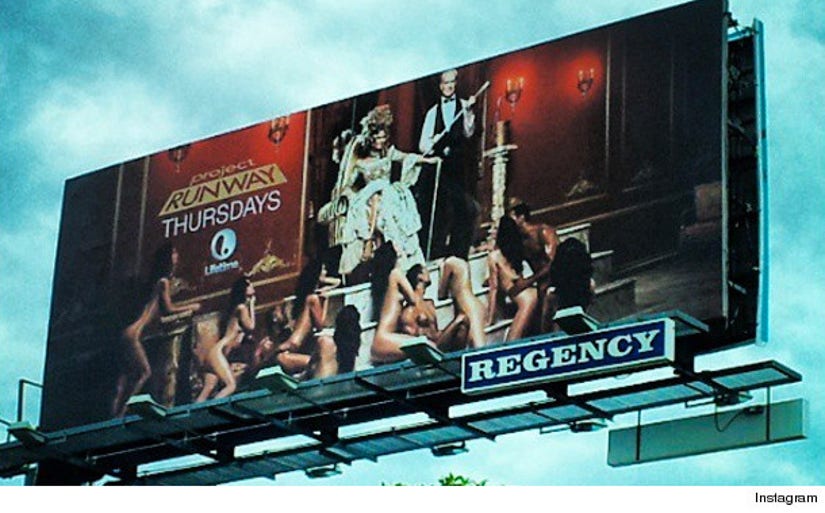 UPDATE: It looks like the billboard eventually got the green light and is currently up on Sunset Blvd. in Los Angeles -- but it appears two of the female models' behinds may have been cropped out. Check out our pic below to compare.

If you thought Heidi Klum's racy TwitPics were hot, wait until you see her latest campaign for "Project Runway."

A new billboard for the upcoming season of the reality show was actually banned in Los Angeles after it was deemed too sexy -- but we've got it for you right here. 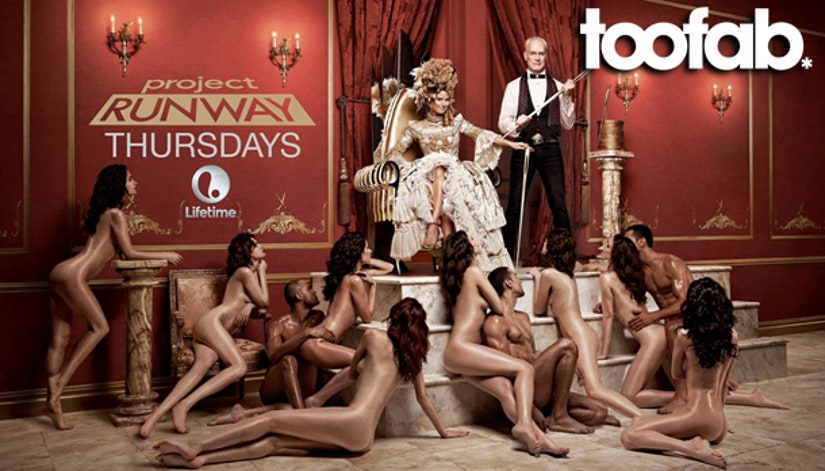 The ad for the show's "Fashion Reigns" campaign shows Heidi and Tim Gunn in royal garb, lording over a group of naked models.

The photo was set to run on billboards, posters, websites, bus shelters and in magazines, but the nude bodies were just a little too risque for the public in L.A. -- so a version with underwear will run in its place.

FYI: NYC will still run with the naked pic. They ain't no prudes!

Get a closer look at the spot here: 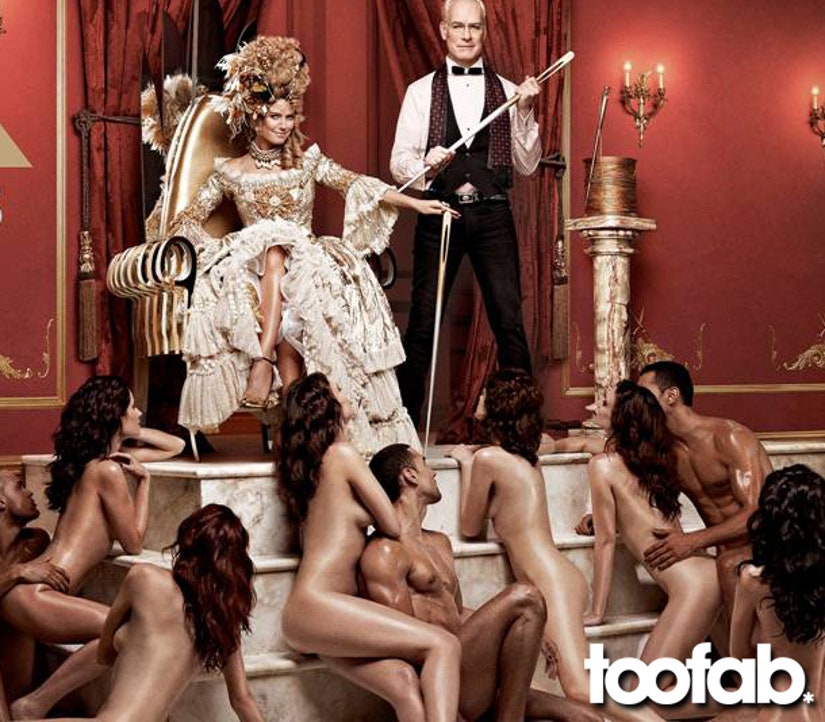 In a city where billboards of David Beckham in his underwear are standard fare on Sunset Boulevard, do you think this one crosses the line ... or is it fine?

Vote in the poll below:

Season 12 of "Project Runway" will premiere July 18 on Lifetime.