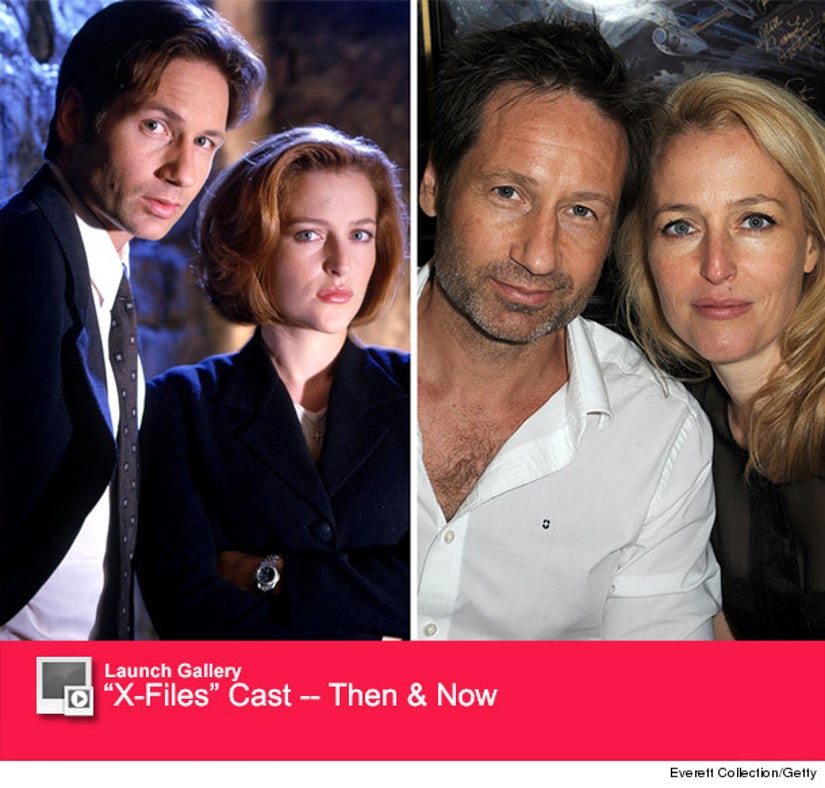 To celebrate the milestone anniversary, both Gillian Anderson and David Duchovny recently reunited for a very special panel during Comic-Con, hosted by TV Guide.

And toofab's Brian Particelli was there as they reminisced on their favorite episodes, teased a possible third movie and talked about the one guy who looked like he "f***ed Mrs. Butterworth."

If this pic of them from today doesn't make you X-cited, nothing will. 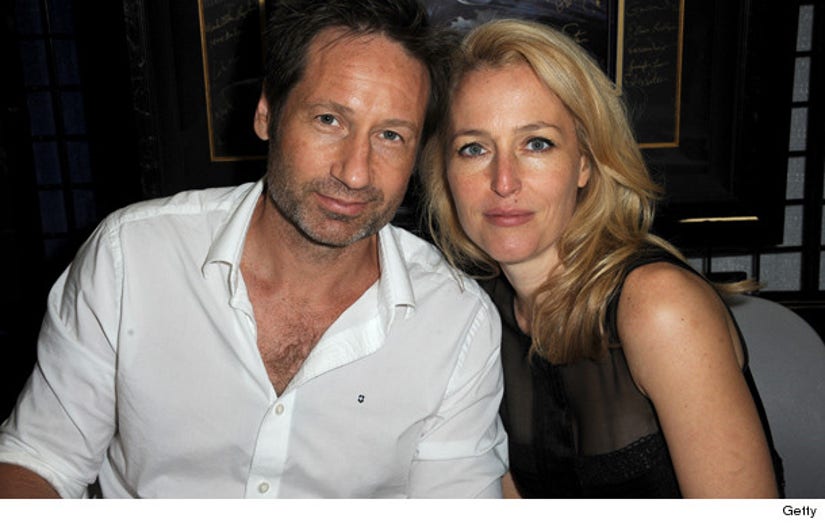 Check out the gallery above to see how the show's entire cast and a ton of then-unknown guest stars and memorable characters from the show's 1993-2002 run.

And keep reading to find out 10 takeaways from the Comic-Con panel for "The X-Files."

1.) Keep hope alive for another movie!

Show creator Chris Carter put off answering any questions about making a 3rd movie until the end of the panel -- but kept fans feeling optimistic.

"Just being here today and seeing all these people ... you need a reason to be excited and this is very inspirational," he said. Not exactly an official announcement, but take what you can get!

2.) Don't expect a reunion through Neflix or a short season like FOX's upcoming "24" redux.

While Duchovny said he and Gillian could play Fox and Scully "forever," Gillian doesn't want it to be on the small screen.

"No!" she replied emphatically when asked if they'd take the "24" route. "But a film would be great!"

Stars like Lucy Liu, Ryan Reynolds, Shia LaBeouf, Felicity Huffman and even Mr. Courtney Stodden were all on the show long before they hit the big time. Check out the gallery to see who else got a surprising start on the series.

Vince Gilligan, who wrote for the sci-fi show, put it plainly during the panel: "There'd be no 'Breaking Bad' without 'X-Files.'" Gilligan says he started watching the show as a fan and then, once he started actually working as a writer on the show, "learned everything I know about producing for television."

It's also where he met Bryan Cranston, who played a bad guy in one of the episodes Gilligan wrote. Vince later used clips from that episode to convince AMC to hire him as Walter White on "Breaking Bad."

Gillian told the crowd that she and David did film a sex scene that has never seen the light of day.

When asked by someone in the audience what Scully and Mulder would do if they ever had a real date, Anderson gamely answered "Have sex!"

"And then maybe dinner," Duchovny chimed in.

6.) One of the show's most memorable episodes about a family of inbreeders, "Home," was actually based on real life events.

Writer Glen Morgan says the episode was party inspired by a documentary called "Brother's Keeper," about a murder among a group of four possibly incestuous brothers.

He also said a story from Charlie Chaplin's autobiography inspired the mother character. According to Glen's memory, Charlie stayed at a tenant house once where the family hid a son with no arms or legs under a cot -- but brought him out to "dance" around people they trusted.

The controversial episode has since been pulled from reruns, so the writers get no residuals.

When asked about their favorite memory from working on the show, Gillian had some difficulty -- but not david. "I like the one in [the episode] 'Post Modern Prometheus,' when I get up to dance," he says. "I always think of that one. It had a great feeling to it."

8.) Drew Barrymore turned the show down

After writing the Drew Barrymore-starring flick "Home Fries," Vince asked if she would do an episode of "The X-Files." He says she was enthusiastic about it and he then pitched an idea to her people about a girl who had "godlike power."

"Her agent called," he explains, "and said 'Stop bothering my client before we put out a restraining order.'"

9.) Don't expect Gillian to pop up on "Californication"

But it's not for a lack of trying on her behalf!

When asked if they'd guest on each others shows, Gilian said "Well, apparently not" -- insinuating she's approached David about being on "Californication" in the past.

His explanation: "To be honest with you, I always felt there's something just so special about Mulder and Scully. I love Gillian, but it would have to be something that I can't think of in order to cross that line between those two characters."

10.) Someone on set had sex with Mrs. Butterworth.

When asked to pick the scariest monster from the show, David described one particularly icky creature with the best soundbite of the entire panel.

"I was told this was a hideous terrible monster," he said about. "Then the guy came out in the suit, and [Director] Michael Watkins says "he looks like the guy who f***ed Mrs. Butterworth."

Cue laughter from the audience!