Entertainment By TooFab Staff | 7/29/2013 10:30 AM PT
Lea Michele has spoken publicly for the first time since Cory Monteith's death.
The actress -- who starred on "Glee" with Cory and was dating him at the time of his death -- took to Twitter to address her fans. She included a photo of herself and Cory embracing and smiling.

Thank you all for helping me through this time with your enormous love & support. Cory will forever be in my heart. pic.twitter.com/XVlZnh9vOc

"Thank you all for helping me through this time with your enormous love & support. Cory will forever be in my heart," she posted.
The cast of "Glee" paid tribute the actor -- who died of a toxic mix of heroin and alcohol on July 13th -- at a memorial on the Paramount lot where the show is filmed. Lea and show creator Ryan Murphy organized the memorial.
Ryan Murphy said that Cory's character Finn Hudson will not be recast. Instead, his character will pass away on the show and the cast will film a tribute episode.
Click here to see more celebrity reactions to Cory's death, including tweets from some of his "Glee" costars.
Click on the "Launch Gallery" button below to see more photos of Cory and Lea together. 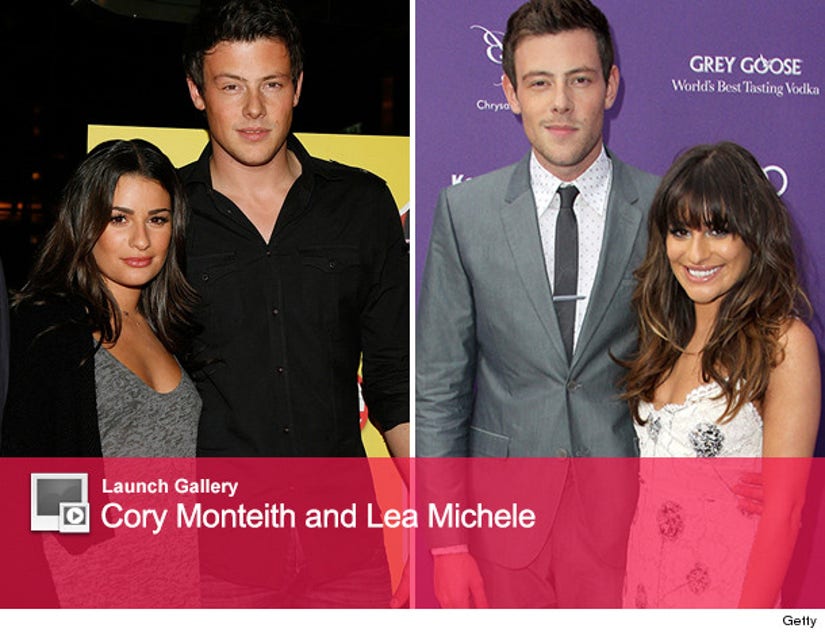