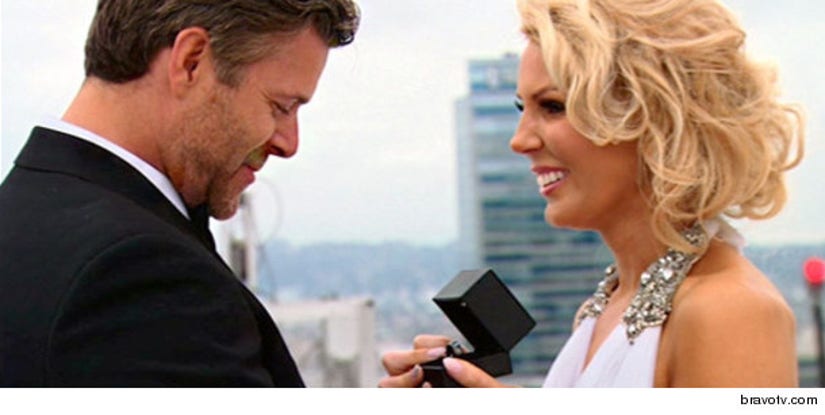 Well, that's one way to get engaged!

On Monday night's episode of "The Real Housewives of Orange County" Gretchen Rossi asked her longtime beau Slade Smiley to marry her with one over-the-top proposal.

Gretchen started off the proposal by making a song just for Slade, which she personally sang and had professionally recorded. The song was played for him on his radio show -- and at first he had no idea she was even the vocals on the track!

Once he realized what was going on, the tears started.

Check out her song for Slade below:

Next, Rossi had him throw on a suit and tie and take a helicopter ride to meet her on the top of a building, where she was waiting to pop the big question in a white dress.

Check out the video below to see her heartfelt, teary-eyed proposal:

Slade then got on one knee and said "it would be an honor and a privilege to have you be my wife."

The two made their way down from the building for one more surprise -- a party where their families and friends were waiting to congratulate them.

Rossi definitely gets some girl power points for forgoing tradition. Do you think they'll get their own wedding spin-off now?

What do you think of Gretchen's song and proposal? Tell toofab in the comment section below!