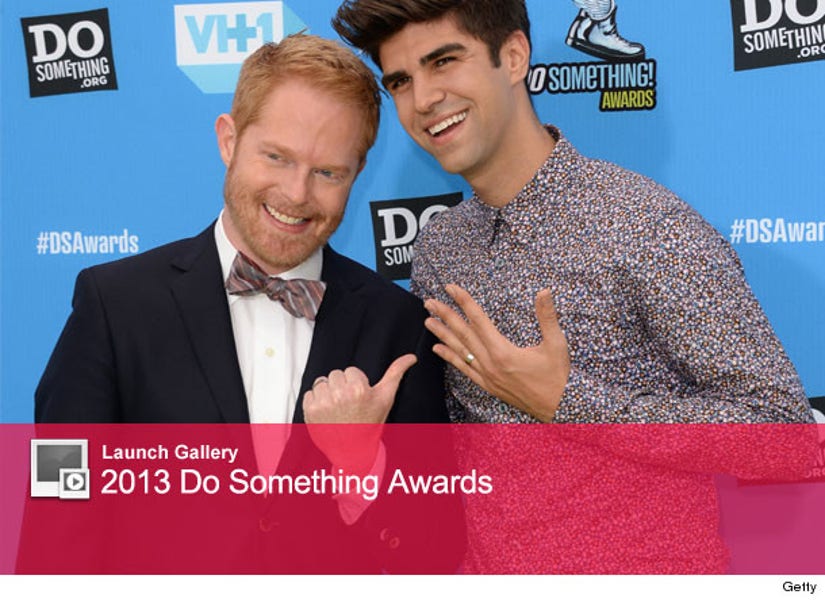 The newlyweds -- who tied the knot in New York City on July 20th -- were all smiles on the red carpet at the Wednesday's 2013 Do Something Awards in Hollywood.

At one point, the 37-year-old actor pointed to the wedding band on 27-year-old husband's hand.

Jesse was one of the honorees, along with Patrick Dempsey, Jennifer Hudson, LL Cool J and Kelly Osbourne. The celebs were honored for being amazing social change leaders; Jesse's been a longtime supporter of LGBT rights.

The night took an emotional turn when Jennifer Hudson broke down speaking about her nephew.

Click on the "Launch Gallery" link above to see more photos from the event, including host Sophia Bush and a super sexy Carmen Electra!