Adrienne Bailon is so over Rob Kardashian -- and that's why she keeps talking about him, right?

In a sneak peek of Monday's episode of "The Real" talk show, the 29-year-old opens up about being friends with Rob's recent ex, Rita Ora.

Her argument: you know you're over a guy when you can be friends with his new girlfriend. Not sure if most people would agree with that statement, but check out the video below to hear Adrienne explain the situation.

Apparently, the two run in the same circle of friends and were close before, during and after Rita dated her ex, Rob.

We have to agree with Tamera Mowry -- she must have gotten some pleasure out of posting that Instagram pic ... after Ora split from Rob. 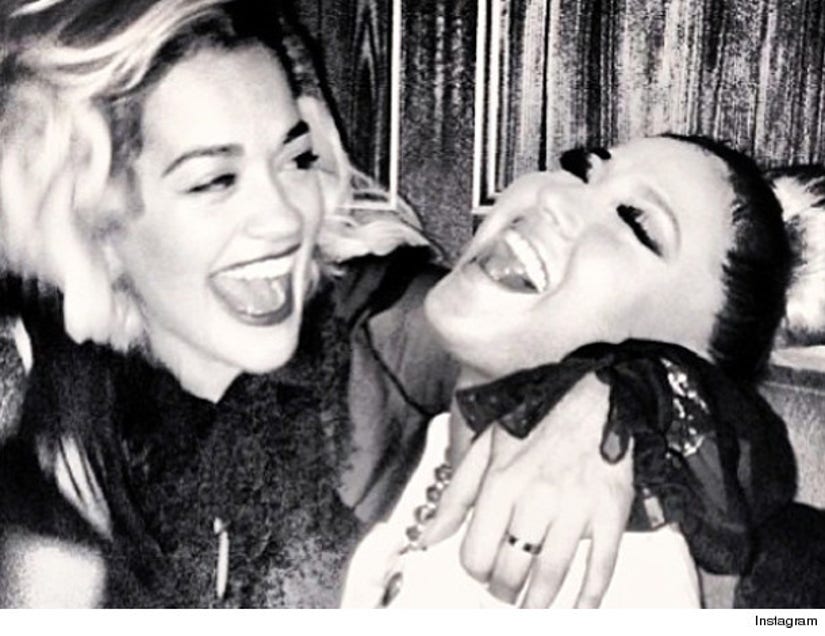 Bailon posted, "Good Times. Great Laughs. ritaora Long as my bitches love me...." along with the pic back in April.

What's your stance on being friends with your ex's new boyfriend or girlfriend? Tell toofab in the comment section below, and make sure to tune into "The Real" on Monday!