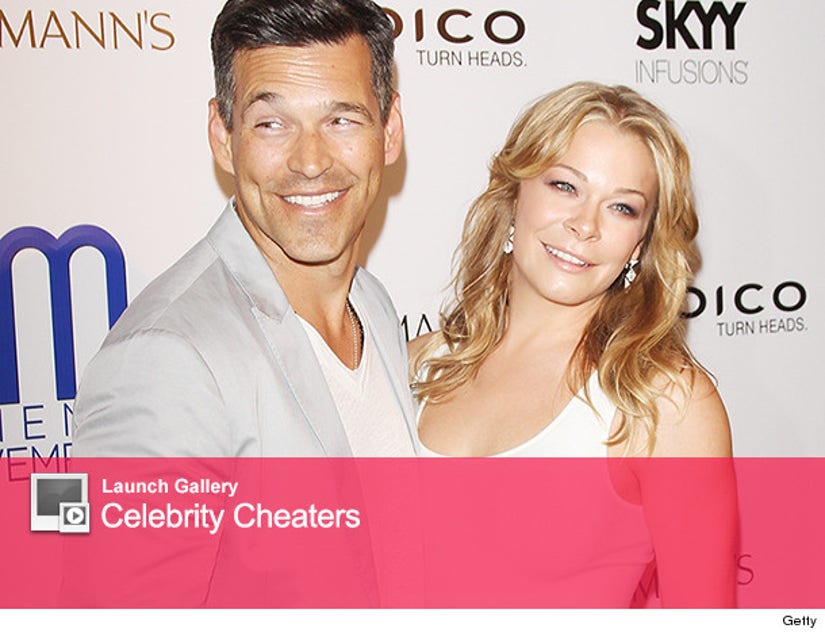 "LeAnn Rimes and Eddie Cibrian have both been famous in their own right for years, but it wasn't until they were a couple that the tabloids became enamored with their every move. Joining forces with VH1, their new show will bring the truth and make fun of all the gossip," the press release reads.

Of course the tabloids became "enamored with their every move" -- their infidelity broke up two marriages! We love how the press release downplays the fact that LeAnn and Eddie were both married at the time they met -- Eddie to Brandi Glanville, and LeAnn to Dean Sheremet.

Brandi's told her side of the story after becoming a cast member on "The Real Housewives of Beverly Hills." "LeAnn & Eddie" will let the Cibrians tell theirs.

Will you watch "LeAnn & Eddie"? Tell toofab in the comment section below and click on the "Launch Gallery" above to see more celebrity cheaters!