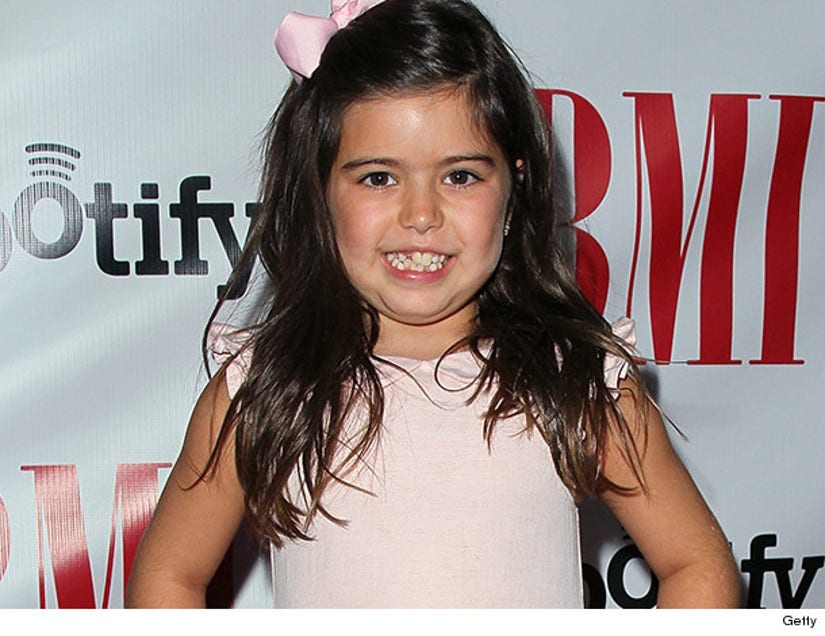 toofab has confirmed that the precocious British singer will be starring as Little Red Riding Hood in Disney's upcoming adaptation of the Stephen Sondheim musical "Into the Woods."

Johnny Depp, Meryl Streep, Emily Blunt and Anna Kendrick have all already been cast in the flick, so Sophia will be surrounded by some killer talent.

In the Broadway show, Red has a solo and also sings in a couple group numbers. This is definitely a good gig.

Brownlee's own uncle actually broke the news first, tweeting "Its official, @PrincessSGB (sophia grace brownlee) has landed the part of little red riding hood in the disney movie in to the wood."

So far, it doesn't seem like her hype girl Rosie McClelland will be joining her in the flick.

Sophia and her bestie made it big with a YouTube video showing them performing Nicki Minaj's "Super Bass" -- and went on to appear on "The Ellen DeGeneres Show" numerous times.