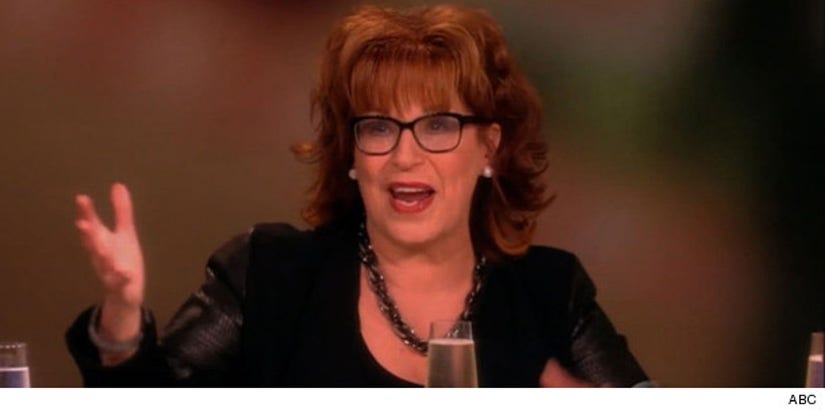 Joy Behar exited "The View" today with her trademark wit and foul mouth.

Aside from creator Barbara Walters, Joy was the only remaining original cohost on the show. The 70-year-old comedienne served on the panel for 16 years.

Joy has the last say, of course, and she made the most of it, simultaneously thanking and embarrassing her cohosts. Watch:

If you don't get Joy's profane parting jab, Harry Reasoner was Barbara Walters' coanchor on "ABC Evening News" from 1976-1978. Harry and Barbara didn't get along well and he reportedly made her job -- and life -- difficult.