Look, they really are still together!

Though many have doubted the status of their relationship, Miley Cyrus and Liam Hemsworth are very much together -- and hit the red carpet side-by-side last night to prove it.

The two stepped out to the premiere of Liam's new movie, "Paranoia," in Los Angeles on Thursday night, where they smiled while posing together on the arrivals line. 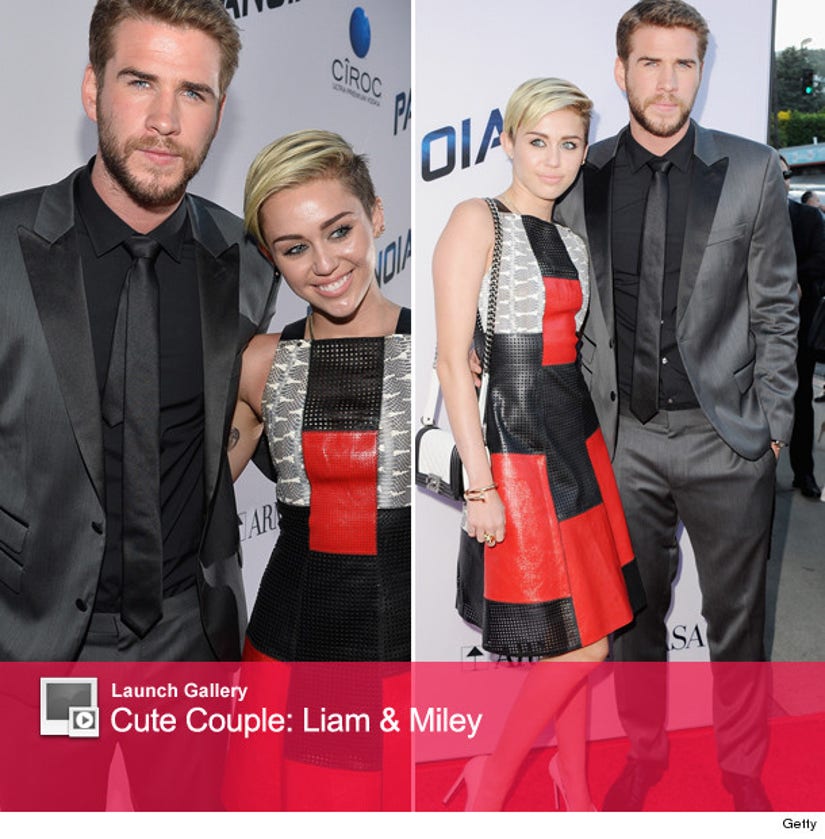 Fun fact: Miley and Liam haven't done a red carpet appearance together since June 2012 -- back when Cyrus had long hair!

So far, it doesn't look like the couple is rushing down the aisle anytime soon, as Miley previously said she wasn't going to start planning the wedding until after her upcoming album "Bangerz" is released.