Disney held its bi-annual D23 Expo over the weekend in Anaheim, giving fans and press a sneak peek at what's to come from the Mouse house.

We already gave you some insight into the upcoming animated projects (including news on "Finding Dory") here -- but what about their live-action slate?

toofab's Brian Particelli was there as Disney revealed details and brand new footage from projects like "Maleficent" with Angelina Jolie, "Guardians of the Galaxy," "Thor: The Dark World," "Captain America: The Winter Soldier," the mysterious "Tomorrowland" and "Saving Mr. Banks."

Here's what you need to know: 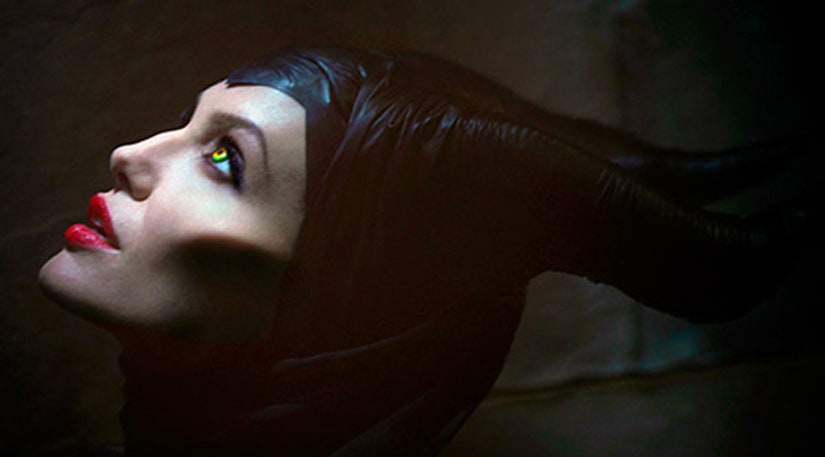 The actress got a standing ovation when she walked out to debut the first footage from "Maleficent," which tells the "Sleeping Beauty" story from the witch's perspective.

The video we saw showed the title character crashing Aurora's christening, as in the original cartoon. Jolie, dressed in black and sporting Maleficent's trademark horns, looks the part and sounds deliciously evil as she curses the infant ... green flames shooting out behind her.

We even got a sneak peek at Jolie's daughter Vivienne playing child-sized Aurora, running through a meadow as Maleficent watches from afar. The audience was then treated to a glimpse of Elle Fanning's princess touching the deadly spindle as Jolie lets out a sinister cackle.

The footage definitely looked impressive and Jolie's performance guarantees this movie will be a hit.

"Maleficent was always my favorite," she told the crowd. "I was terrified of her, but I was so drawn to her."

Once filming began though, children were terrified of Jolie, who would walk up to kids in character ... forgetting just how scary she looked.

"Viv was the only 4-year-old who wouldn't scream," adds Angelina.

Fans were treated to the same extended trailer for "Thor: The Dark World" that Comic-Con patrons got back in July, but then there was an added treat.

Natalie Portman, Anthony Hopkins and Tom Hiddleston were on hand to present the first clip from the film -- on that focused on Jane's first day in Asgard.

Let's just say it doesn't go well, as she has a very adverse reaction to being in Thor's homeland. The Asgardian doctors don't know what's wrong or how to fix her -- only noting that "she won't survive the amount of energy surging within" her body. Ruh roh!

4.) Captain American Is Stronger Than Ever

D23 attendees also got the same trailer for "Captain America: The Winter Solider" as the one shown at Comic-Con -- but again, Disney upped the ante with a brand new clip.

Chris Evans and Anthony Mackie presented an unfinished clip from the flick, showing Cap take on an entire ship full of soldiers. Using his ridiculous strength, military training and badass shield, he proves he doesn't need all of The Avengers to take out his enemies.

The clip also showed some great banter between Cap and Black Widow (Scarlett Johansson), who keeps suggesting women for him to take out on a date. If you remember this spoiler, you know how that turns out.

5.) The Muppets Could Get Another Oscar

The always hilarious Ty Burrell drove onto the stage in a mini Interpol cruiser to introduce the first clip from "Muppets Most Wanted."

The footage featured a ridiculously awesome song between Kermit's evil impostor Constantine and Ricky Gervais, his Number Two. The song highlights the relationship between the duo, with Constantine asserting his dominance over Gervais' assistant.

The number ends with Constantine sitting on Number Two's head as Scooter bursts in the door to announce "Two minutes to show time!" Cue awkward pause.

The song had everyone cracking up and could very well help Bret McKenzie score another Academy Award. He also won for "Man or Muppet" from "The Muppets."

6.) Guardians of the Galaxy Looks RIDIC

As the entire cast is filming in London, nobody was on hand for the D23 presentation. But fans were shown the Comic-Con trailer from the upcoming "Guardians of the Galaxy" movie -- and yes, it still looks awesome.

Featuring killer action, a badass raccoon and wisecrack humor from Chris Pratt, the movie is definitely going to be an interesting flick. We can't wait to see more of it!

7.) A Very Early Look at Cinderella 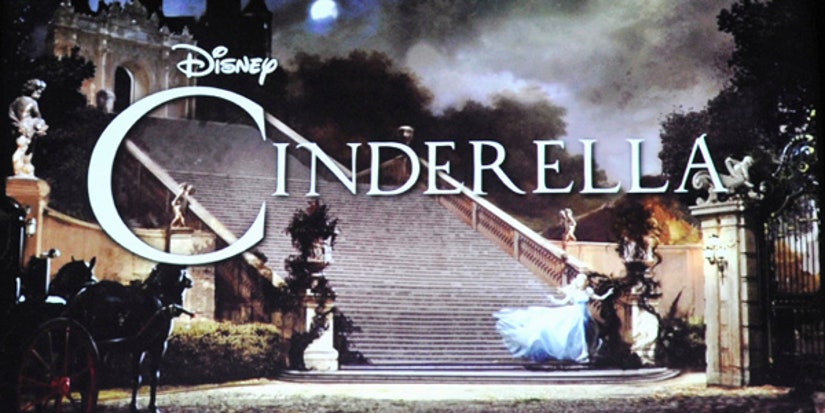 While no actual footage from the movie was shown, concept art for Disney's "Cinderella" looked gorgeous. It's clear this will be a very over-the-top production -- as photos of the beloved princess' dress and carriage were very ornate.

Early test footage of Cinderella herself, Lily James, showed the actress in a gown -- but not the one she'll actually be wearing in the movie. While it's little to go off of, Lily certainly looked beautiful.

8.) "Tomorrowland" Is Going the "Lost" Route

Everything surrounding "Tomorrowland" has been shrouded in mystery, no surprise since "Lost" showrunner Damon Lindelof is involved in the project.

Damon and director Brad Bird hit the stage with a dusty old box labeled "1951," one they say was found in the Disney archives. Inside the box were a number of unusual items, including blueprints for "It's a Small World" that showed a secret room under the ride and a very strange video.

The cartoon on the video warned of the "dark cost" of progress, using the atomic bomb as proof that knowledge can be used for evil. It also mentioned a secret meeting between scientists like Thomas Edison and Nikola Tesla, who joined forces to create a real-life "Tomorrowland."

It sounds like a very interesting sci-fi trip -- and with George Clooney attached to star, we look forward to unraveling the mystery as more details emerge.

About 20 minutes of footage from "Saving Mr. Banks" was shown during the presentation, showing the lengths Walt Disney went to in order to secure the movie rights to "Mary Poppins."

The clip showed a hilarious back-and-forth between Walt (Tom Hanks) and the book's writer, P.L. Travers (Emma Thompson), as Disney explains why he's tried to woo her for over 20 years.

The two play off of each other amazingly and we won't be surprised to see both actors score nominations when award season comes around.

Another clip also showed Travers going through the script with the writer (Bradley Whitford) and the Sherman Brothers (played by Jason Schwartzman and B.J. Novak). It doesn't go well -- as Travers doesn't want made-up words, songs or Dick Van Dyke in the flick.

Going into D23, fans were expecting some sort of announcement about the new "Star Wars" films they have planed.

Instead, they got nothing.

"I really wish I could tell you more, but there are dark forces, they are watching," Disney chairman Alan Horn explained. Bummer!

That being said, everything they showcased looked impressive -- there's some good stuff coming our way in the next two years!

Which are you looking forward to most? Sound off below!