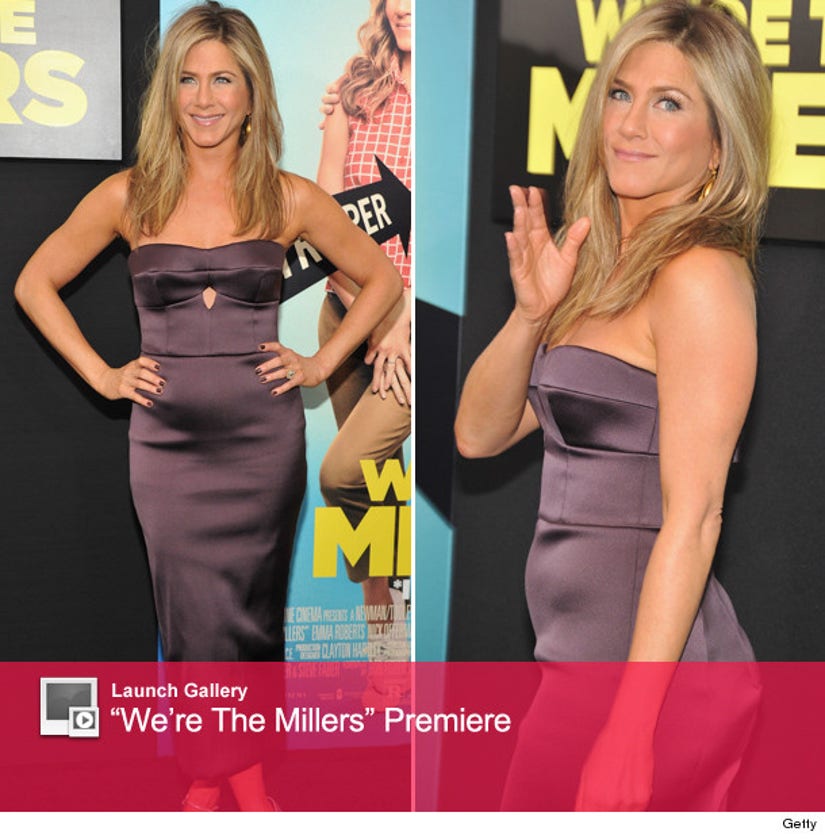 Jennifer Aniston is getting more candid than ever -- talking about baby rumors, wedding gossip, her exes and even throwing some shade at Scientology in an all-new interview.

The actress had the revealing conversation while promoting "We're the Millers" with the The Kyle and Jackie O show in Australia over the weekend.

So what does she have to say about the latest batch of pregnancy rumors, which started after she showed up to a premiere with a bigger-than-usual stomach?

"There's nothing to announce, that's just a couple of LBs," she says.

And while she celebrated fiance Justin Theroux's birthday over the weekend at her place, Jen reveals they had some uninvited guests overhead ... thanks to false wedding reports.

"Apparently there's a secret one this weekend, I've had helicopters dive bombing the house today," she says. "No wedding this weekend!"

The radio played a round of "Would You Rather ..." with Aniston, one that hinted at Brad Pitt and Angelina Jolie.

When asked if she'd rather run into an ex or an ex's new partner, she replied "Either, I don't find that bothersome."

She was also asked if she'd rather be seen walking out of a sex shop or a Scientology center, the answer was easy: "A sex shop!"