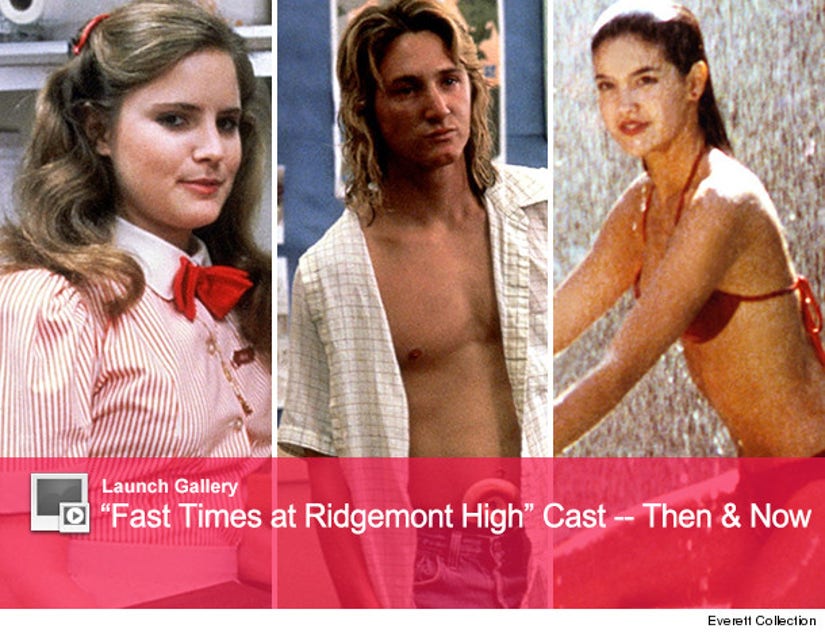 31 years ago today, "Fast Times at Ridgemont High" opened in theaters. The coming-of-age comedy was Sean Penn's first lead role, and introduced the world to surfer-stoner Jeff Spicoli and the expression "dude!"

"Fast Times" also gave us one of the sexiest scenes ever filmed: Phoebe Cates emerging from a pool and removing her bikini top (too hot for toofab, unfortunately)!

Not all of its actors have been as successful. Click on the "Launch Gallery" link above to see who became one of Freddy Krueger's victims and who now runs a coffee shop in North Hollywood!