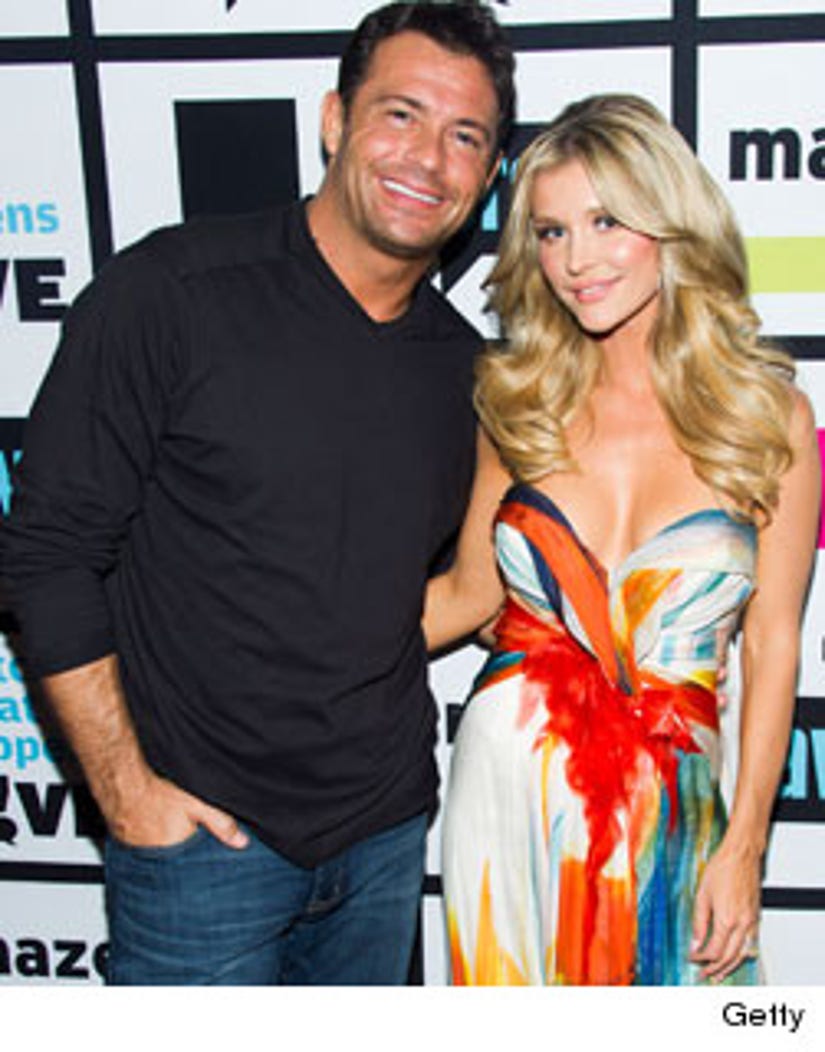 "The Real Housewives of Miami" star Joanna Krupa has been sitting pretty lately.

The show just returned for its third season, she's two months into her marriage with Romain Zago, and she has two new business ventures -- a swimwear line and skin care line.

But getting to the place Joanna is today with her cast mates, husband and career took work -- lots of it. toofab's Lawrence Yee caught up with the model turned reality star, where she discussed the cast shake up, her wedding, and her biggest gripe about costar Adriana De Moura's competing nuptials.

toofab: There was a big change-up with the cast (Karent Sierra was dropped, while Ana Quincoces and Marysol Patton were demoted to recurring status). Were the changes necessary?

Joanna: I adore Ana. She was a friend of mine in Miami. And I'm really close with Karent. So it's unfortunate in that way. But there were too many story lines last season. Now we can focus on each girl, so I'm totally for the cutting of the cast.

toofab: How has life changed since your wedding? Are you able to spend more time with Romain, since your busy schedules created tension in the past.

Joanna: Married life is amazing! I was one of those [people] who believed you didn't need a piece of paper to prove your commitment, but marriage makes a big difference in the relationship. We definitely try to spend more time together. I'm out here in New York working and doing promotions for the show and he coordinated his schedule to be up here with me.

toofab: Last time we spoke, you weren't sure if you were getting married this year. How was it planning a wedding on an accelerated schedule?

Joanna: It was definitely tough. Summer was right around the corner, and if we didn't do it this year, we would've had to wait until next year. We were filming already, and finding a location was tough. But I have the most amazing team of people. The wedding planner to the designer ... it was my dream come true. Because we only had three months, everything had to fall into place.

toofab: Speaking of weddings, what did you think of the revelation that Adriana has legally been married to Frederic Marq for five years? Like yours, their wedding is being shown this season.

Joanna: It was a very suspicious situation. When Romain and I got our wedding license we were MARRIED. For two seasons she played the single mom and victim; I didn't like that. What message is she sending to real single moms? I wasn't there, but I hope her wedding ... or vow renewal ... was beautiful and what she dreamed.

toofab: So you have a good relationship now?

Joanna: I'm totally open minded to having a friendship with Adriana. But [her wedding] makes me question how real she is. I'd rather have people who are honest with me.

toofab: Since you're in L.A. so often, if you were to join the "Real Housewives of Beverly Hills," who would you get along with and who would you fight with?

Joanna: I think I'd get along with Lisa Vanderpump because we have a mutual friend Mohamed Hadid (Yolanda Foster's ex-husband). I think she's so fabulous. I think she's a classy woman. I could learn a lot from her.

I also think Brandi Glanville is a riot, she is so unfiltered. I think we could become good friends but we could have a lot of arguments because we're both very outspoken.

toofab: What else are you working on?

Joanna: I'm super excited for my Joanna Krupa Swimwear Collection which will launch in December. I'll be getting my samples in a few weeks to do a photo shoot for the line. And then I have my skin cream line which is going to be called Cellogica. One ingredient in the product is a rare apple that's very anti-aging. I get many questions about what I do on a daily basis and I want to share tips.

toofab: It sounds like you are wearing many hats!

Joanna: I'm trying! You gotta hustle in this business. If you want to accomplish something in life you have to work really hard, no matter what position you're given!

For more on Joanna, follow her on Twitter and watch "The Real Housewives of Miami" on Mondays. Plus, you can check out photos from her wedding below: 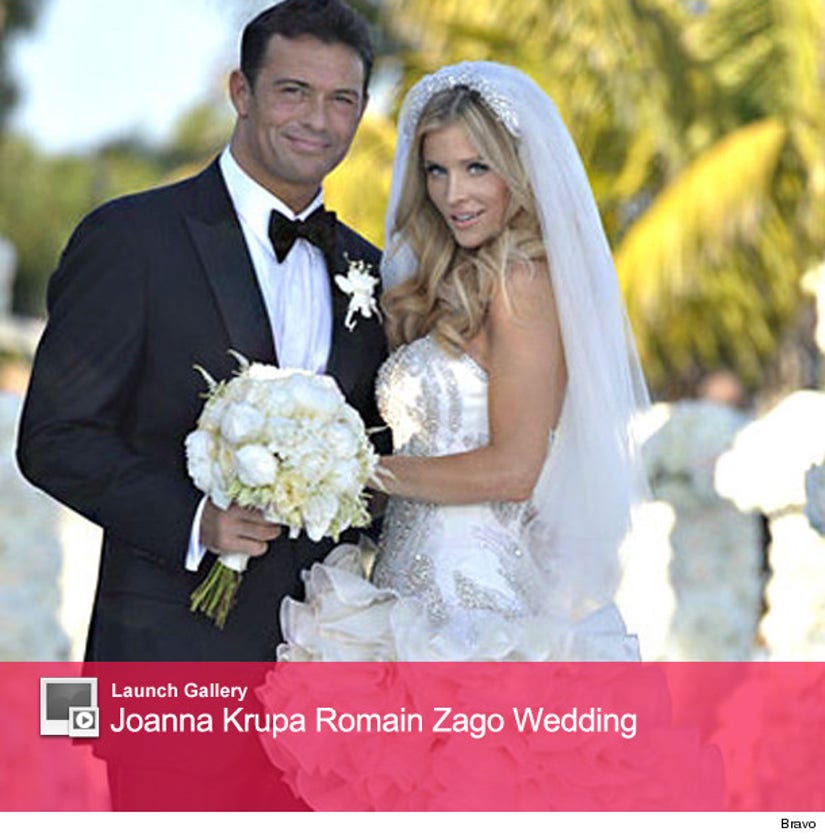