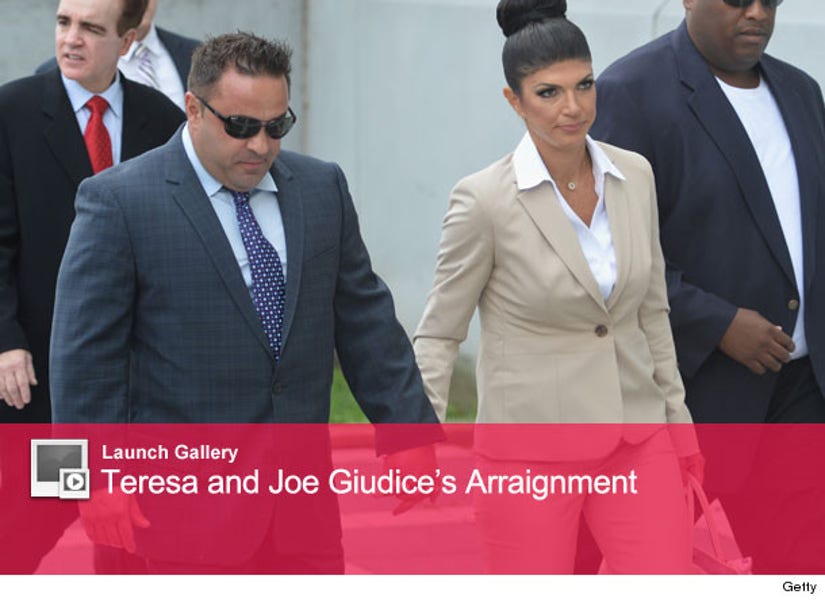 "Real Housewives of New Jersey" star Teresa Giudice and her husband Joe Giudice appeared in court Wednesday afternoon, where they were arraigned on federal fraud charges.

The husband and wife reality stars remained silent as their attorney entered not guilty pleas on their behalves. The entire proceeding lasted five minutes.

The Giudices face 39 counts of fraud, including making false statements on loan applications to exaggerate their income before appearing on the reality show. They are also accused of hiding income after filing for bankruptcy, including Teresa's "Real Housewives" salary and appearance fees.

Teresa -- clad in a conservative beige pantsuit and her hair in a bun -- looked down as the charges were outlined.

The judge has set a trial date of October 8. If convicted, Teresa and Joe could face 50 years in prison. Because Joe isn't a U.S. citizen, he can be deported back to Italy. The couple have four daughters.

Both are free on $500,000 bonds and are allowed to travel out of the country with notification.

Do you believe that Teresa and Joe are not guilty? Tell toofab in the comments below!