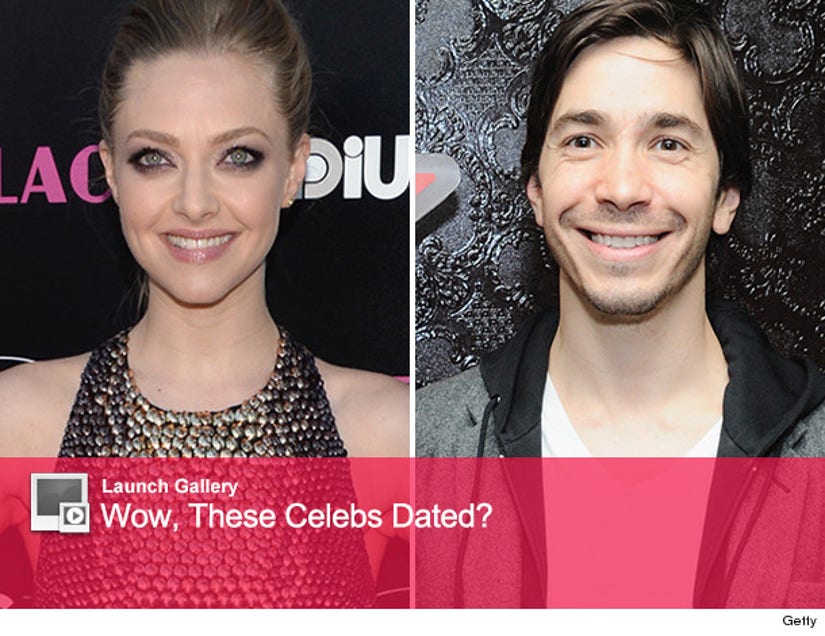 Talk about an odd couple!

Us Weekly is reporting that "Lovelace" star Amanda Seyfried is casually dating "He's Just Not That Into You" actor Justin Long.

According to several of Us' sources, the two are keeping things low-key for now, and just seeing where their relationship goes.

"Justin is super private about his relationships, [so] I'm not positive how they exactly met, but they've known each other for awhile, when they were seeing other people," a source tells the mag. "They recently started hanging out more, going on date-like activities. They're both busy … but they're seeing where it goes."

So what do these two have in common? According to one of the mag's sources, they both have a similar sense of humor. Another insider tells Us that at Amanda's July "Lovelace" premiere, the two were "inseparable."

"Justin came alone and stayed close to Amanda all night," the source reveals. "They weren't making out or anything like that, but they were just inseparable during the event. He hung out when she talked with others."

There have been some signs that Long is smitten with Seyfried. On Saturday, Justin took to Twitter to show Amanda some love for her newest risque role.

"Adjectives don't do justice to @AmandaSeyfried's fearless + transformative perf in #Lovelace (though I would've been better) -just go see it," he posted.

Justin previously dated Drew Barrymore and was most recently linked to Kate Mara. Amanda ended her three year relationship with "Mamma Mia!" costar Dominic Cooper in 2010, but she recently revealed that they are still close.

This could be a comedic match made in heaven! Do you think Amanda and Justin make a good couple? Tell toofab in the comment section below and click "Launch Gallery" above to see more surprising celebrity couples!