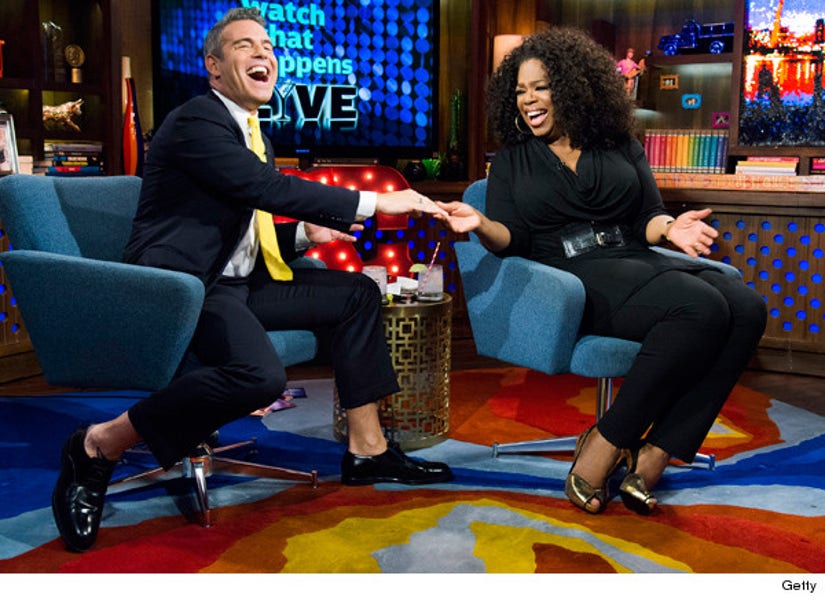 And while host Andy Cohen never pressed Oprah about her recent Swiss diss, she did open up on a couple of controversial topics.

Check out 5 highlights from the show below:

In the opening "Plead the Fifth" segment, Oprah admitted to smoking pot, but it was a long time ago. Just how long?

One fan asked Oprah if she wish she was tougher on Whitney Houston during their infamous 2009 interview.

"It's none of my business, I think it's their business to reveal what they want to reveal," she added. "I think earning people's trust is letting them know I'm not out to get them."

"I wouldn't consider a movie about my life because my life is basically boring."

But Oprah would consider writing her own autobiography.

"Nelson Mandela did say to me that I should [write an autobiography] one day. He said, 'you should do it for your own record. You should do it before you exit.'"

4. Oprah on her breasts

Oprah's "Butler" costar Terrence Howard described her as having "tig ol' bitties." Find out whether she was insulted or thought it was a compliment:

When asked if she's ever taken a dip in the lady pond, Oprah simply responded, "No I have not. No. No."