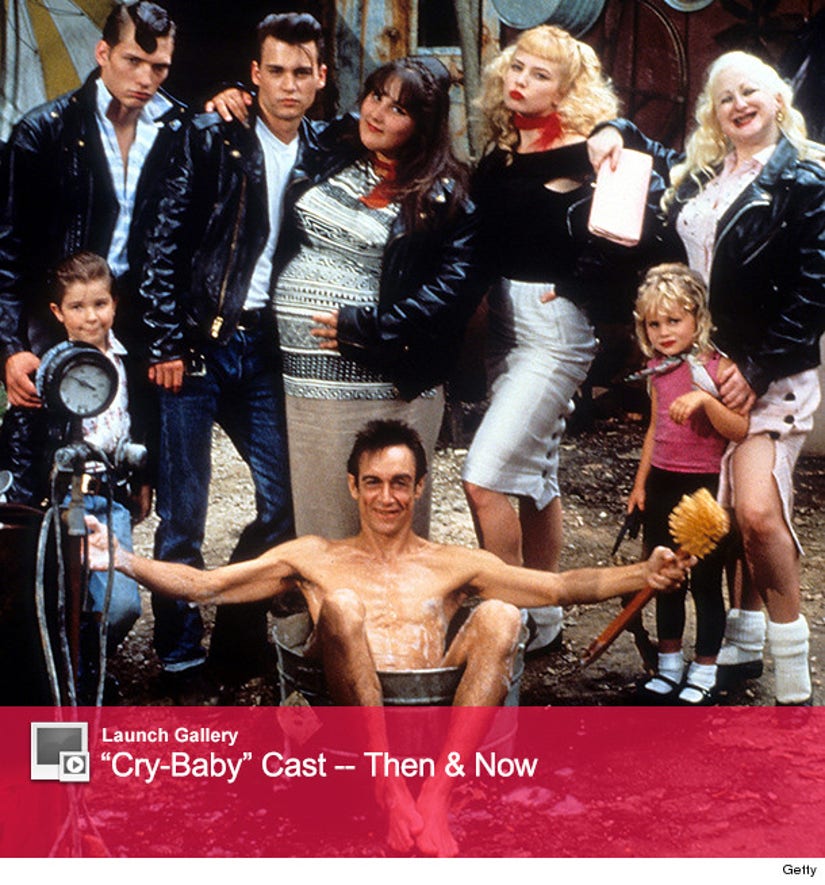 Johnny Depp made being bad look oh-so-good in the 1990 cult classic "Cry-Baby" -- and last night in Hollywood, he made a surprise reunion with the film's cast!

The actor joined director John Waters and costars Ricki Lake, Traci Lords and Joe Dallesandro for a special screening of the film on Sunday at the Hollywood Forever Cemetery.

Ricki's onscreen children, former child stars Scout Raskin and Jonathan Benya, were also on hand for the event -- and posed for photos with their movie mom.

Coming off of "21 Jump Street," the film was Depp's first starring role on the big screen -- and, according to one of his costars, he was ready to break out.

"Every single member of that cast had so much to prove," Traci Lords told The Hollywood Reporter. "I mean, Johnny Depp desperately wanted to be a movie star, and everybody said he couldn't, because he was only a supporting actor on '21 Jump Street.' This was his first lead in a movie, a big deal for him."

Clearly, everything worked out well for Depp. But what about the rest of the cast? Click the gallery above to see what they've been up to and find out who aged the best!

Plus, see a couple photos from the big actual reunion!