The Royal Baby is ready for his first official closeup.

While we already got a glimpse of Prince George when Prince William and Kate Middleton (AKA Catherine, Duchess of Cambridge) left the hospital with him back in July, today they released their first family portraits -- showing the little guy with his proud parents.

Kate is literally glowing as she holds onto her precious cargo, who is fast asleep in her arms -- while William holds onto the family's Cocker Spaniel, Lupo. 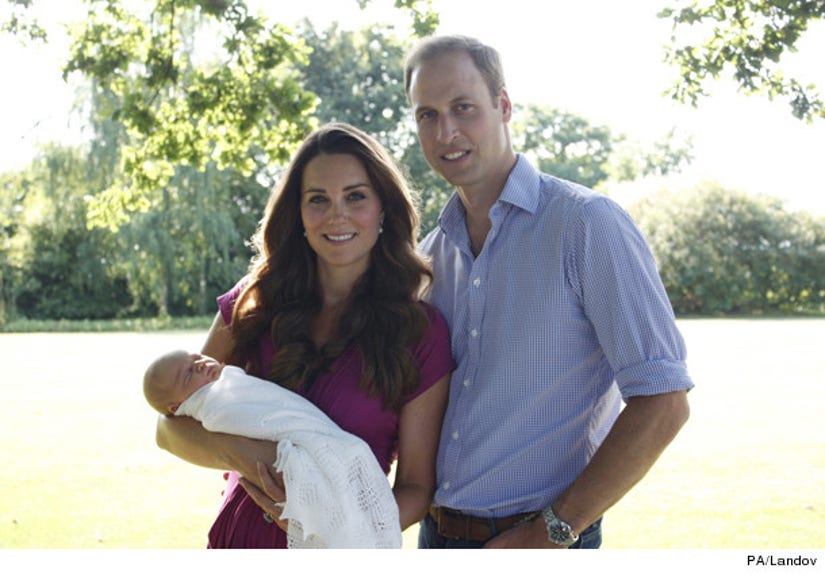 In an additional photo, the two pose with the baby while standing up. Sorry Lupo, no love this time.

The pics were taken by Kate's father, Michael Middleton -- a break from tradition, as the Palace usually hires a professional photographer for the first portraits.

William is also opening up about being a father in an upcoming one-hour special for CNN.

"He's a little bit of a rascal, I'll put it that way," the Prince says of his son. "He either reminds me of my brother or me when I was younger, I'm not sure."

"Catherine is very well, Lupo is coping ... He's been slobbering around the house a lot, so he's happy," William adds.

"We were happy to show him off to whoever wanted to see him," he adds about the baby's grand hospital exit. "As any new parent knows, you're only too happy to show off your new child and, you know, proclaim that he is the best looking or the best everything."