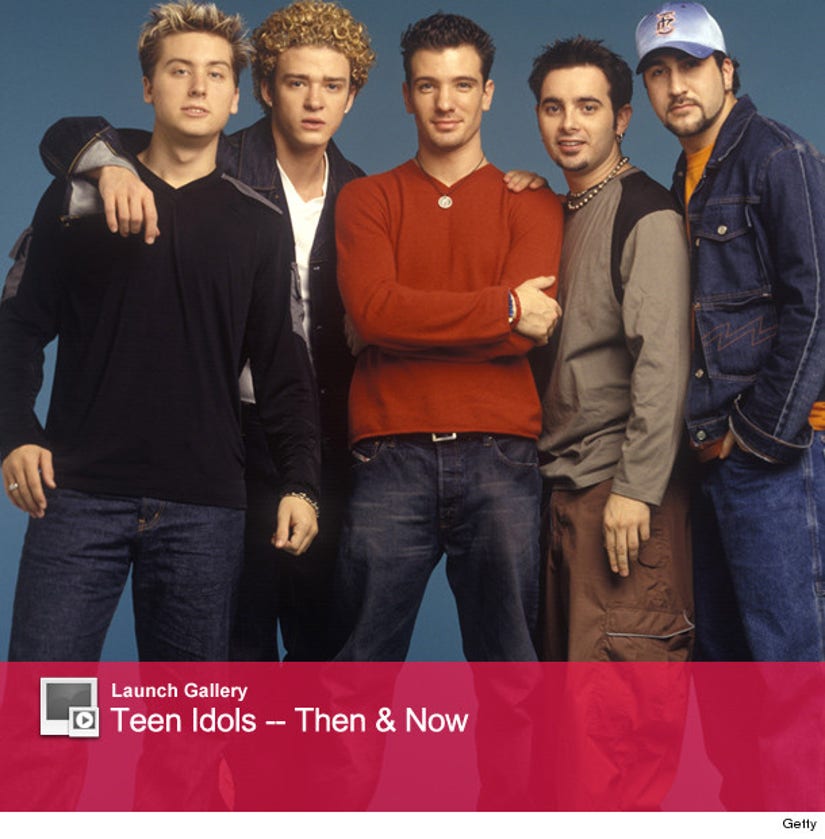 This year's VMAs are shaping up to be awesome -- and there's one rumor that has us realllly excited: *NSYNC will perform together for the first time in 10 years!

If the New York Post is to be believed, Joey Fatone, JC Chasez, Chris Kirkpatrick and Lance Bass will join Justin Timberlake for a performance when he receives his Michael Jackson Video Vanguard Award.

The move would make sense. His *NSYNC years were a huge part of his life -- and, without them, he wouldn't be the solo superstar he is today. A medley with the guys would be a great way to give thanks to his pop star beginnings.

So far, no official word from MTV, but they do promise an "unforgettable performance."

According to the Post, the guys have even been hanging out together very recently. The entire group was spotted in JT's VIP section during his concert with Jay-Z on Friday in Miami.

The VMAs go down this Sunday on MTV.

Be sure to check out toofab.com starting at 4pm as we update the site with all the latest pics from the red carpet and the show's best moments!