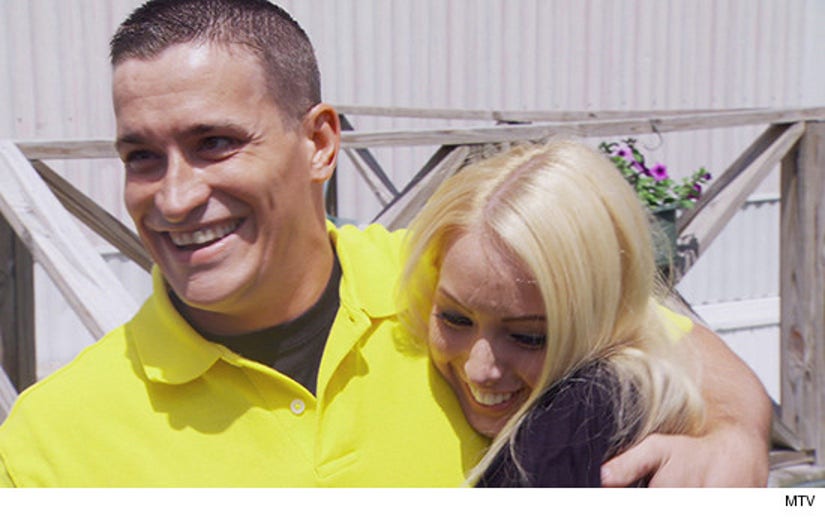 Last night's episode of "Catfish" tackled some serious subject matter -- moving away from fake relationships to issues like post-traumatic stress disorder and weapons of mass destruction.

Yeah, it got real ... and ended on a very mysterious note.

Jesse and Brian, a Marine who recently did a tour in Afghanistan, had been talking online for three years and it recently got very serious -- with Brian asking her to move in with him in North Carolina.

The two had never met or even video chatted and the one time they made plans to finally get together, he was a no-show due to an unknown (and seemingly sketchy) reason.

Enter Nev Schulman and Max Joseph, who did some digging on the Marine and arranged for Jesse to meet her man.

While he was who he says he was (a rarity on this show), the Nev and Max uncovered an arrest that happened the day Brian and Jesse were supposed to meet. The offense: Possession of a weapon of mass destruction.

Clearly, that was the first thing they asked Brian about when they got to North Carolina -- check out his explanation below:

Despite his baggage, the two hit it off ... with Jesse admitting they hooked up, a "Catfish" first.

It ended with Jesse moving in with Brian, but then a mysterious slate at the end of the episode said she moved out two days later and the two never spoke again.

So, what happened? Hear both of their sides below:

With Jesse saying "he said a lot of hurtful things" and Brian telling MTV "she had a lot of issues" and their split had nothing to do with his PTSD, what do you think really went on here?