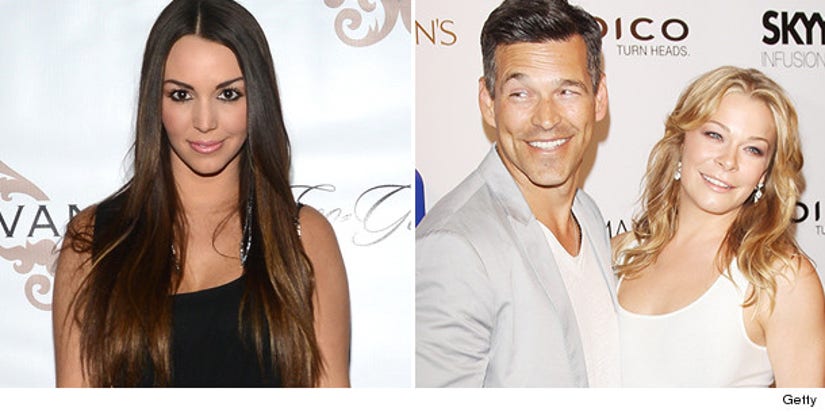 Want to land on a reality show? Hook up with Eddie Cibrian!

Eddie's ex-wife Brandi Glanville joined "The Real Housewives of Beverly Hills," Scheana Marie -- whom he cheated on Brandi with -- landed on the spin-off "Vanderpump Rules," and now he and his current wife LeAnn Rimes are getting their own show.

Scheana, who just wrapped production on Season 2 of "Vanderpump Rules" and is working on her music career, definitely doesn't have time for Eddie or LeAnn though.

We asked her about their show at the Have Faith Swimgerie Collection preview at Kyle By Alene Too in Beverly Hills last night -- watch her response below:

In this bonus interview, Scheana's costar Jax Taylor weighs in on Laura Leigh, his ex-girlfriend who just had a memorable turn as a stripper in "We're The Millers," what to expect in Season 2, and his new ink!

Will you watch "LeAnn & Eddie?" Tell toofab in the comments below!