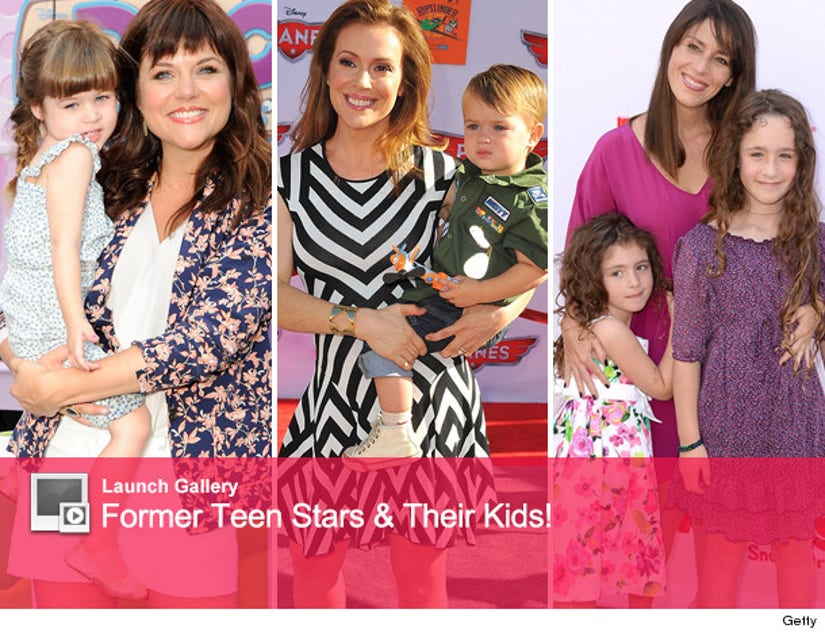 People grow up, that's just a fact of life.

And there's no greater reminder in Hollywood than seeing some of your favorite child and teen stars of the '90s walking around with children of their own ... some who are older than they were when they broke into the business!

This week alone, Candace Cameron Bure proved she's got a "Full House" of her own with an Instagram shot of her beautiful (and BIG) family -- while former "Punky Brewster" star Soleil Moon Frye just announced she's pregnant with her third child!

And Kelly Kapowski herself, Tiffani Amber Thiessen, stepped out yesterday with her lookalike daughter Harper ... who just turned three.

Times they are a changing. So sit back, relax and start to feel really old by checking out the photo gallery above -- and see which '90s stars are now full-fledged moms!