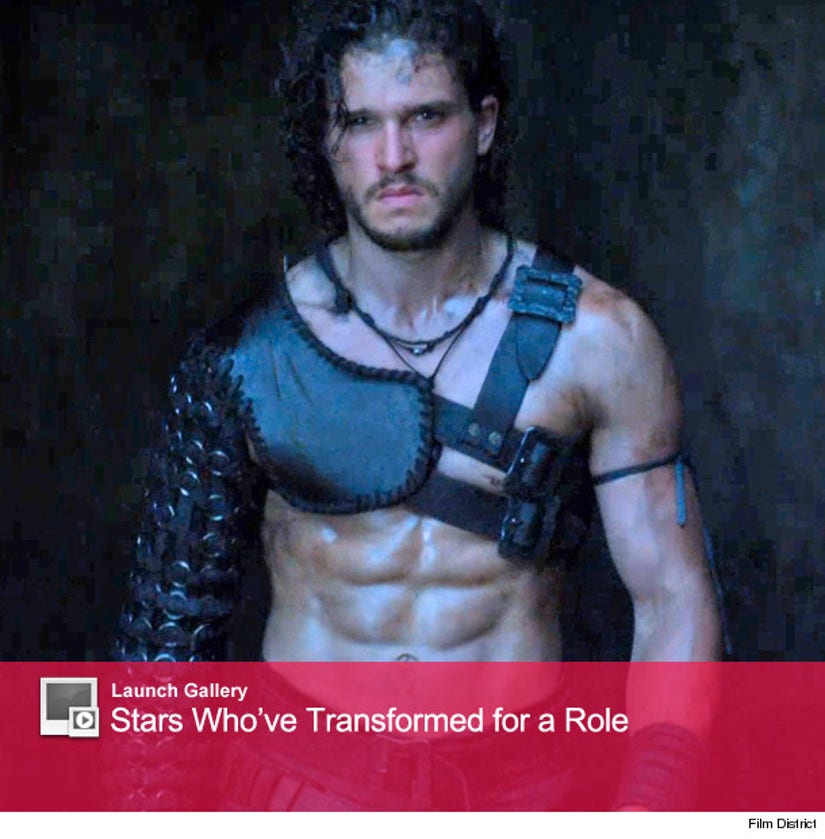 So that's what Jon Snow is hiding under that Crow's uniform!

"Game of Thrones" star Kit Harington shows off his surprisingly shredded physique in the first trailer for "Pompeii," which sees him playing a gladiator during the eruption of Mount Vesuvius in 79 A.D.

The warrior costume is definitely a lot different than what he wears on the epic HBO drama -- where he's usually covered up under layers and layers of unflattering clothing as he travels through the the frozen landscape on the other side of The Wall.

"It's a costume I don't actually wear for the rest of the film, but it's an establishing one," Harington tells EW about the revealing look.

"I went into quite a heavy training regime five weeks before filming. I started by bulking up and then when I got out there I had four weeks to shred down and get toned," he says of his physical transformation.

"It's a full-time job that you have to carry on for the whole of the movie. I was on a very severe diet and training six days a week.” Harington adds. "It's the best shape I've been in, and I was hell-bent on getting in a certain way. When you get into that sort of training regime, it becomes addictive.”

See more stars who have either gained or lost weight for a role in the gallery above.