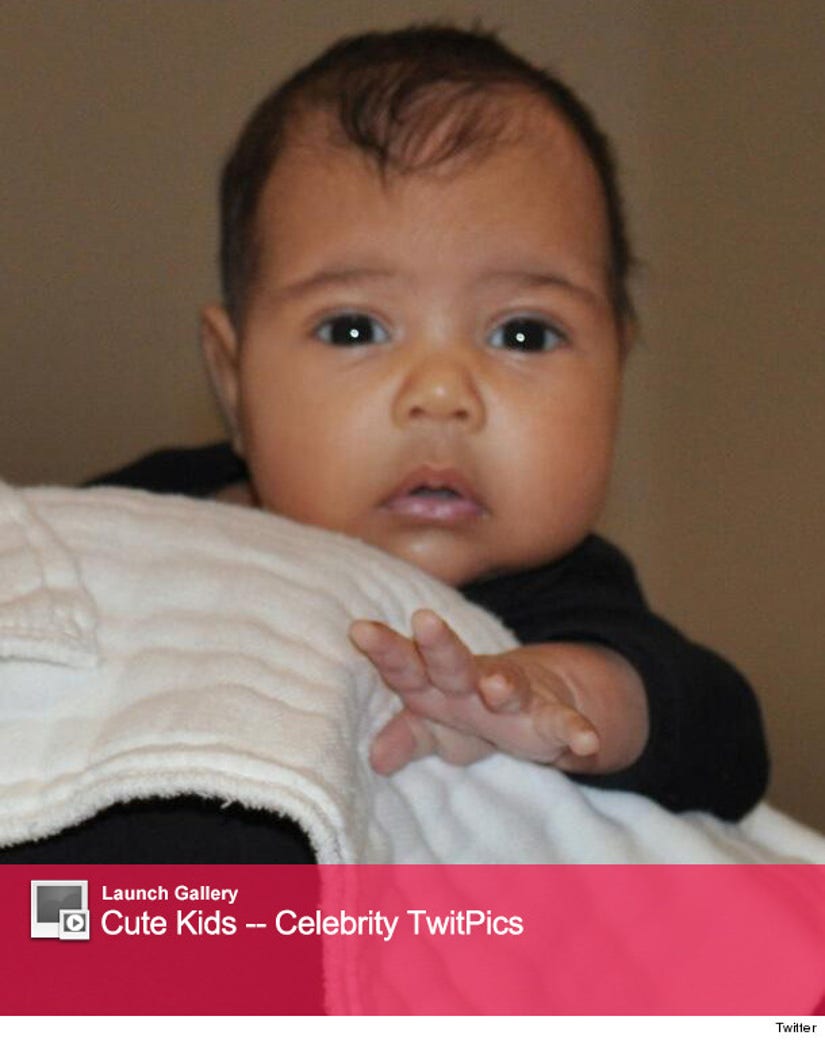 The couple was initially planning to give the first baby photos to a magazine or release them on Twitter or Instagram, but instead used the finale of Jenner's show for the big reveal.

While on the show, Kanye also opened up about fatherhood and his baby mama.

"I love this person. [Kim's] worth it to me," he says. "My grandfather just passed and his whole thing was about joy, having joy in his life. She's my joy. She brought my new joy into the world."

"After I lost my mother, there were times I felt like I would put my life at risk. I felt like sometimes I didn't have something to live for," he added. "Now I have two very special people to live for, a whole family to live for. A whole world to live for."

Click here to see how Kim has slimmed down since giving birth -- plus, see more cute celeb kids above!