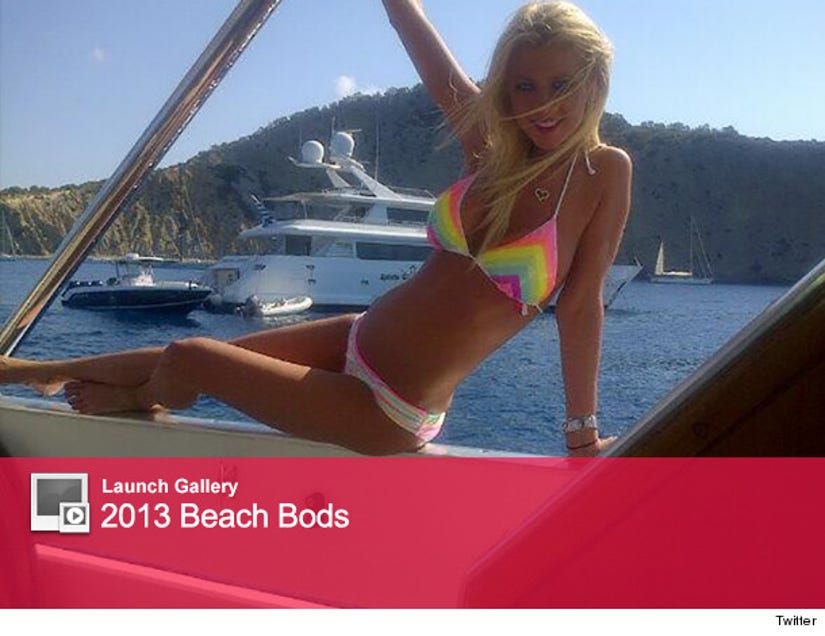 Tara Reid has been enjoying some fun in the sun in Ibiza all week -- and showing off her 37-year-old bikini bod on Twitter the entire time.

And while she's gotten some flack about her physique in the past, we gotta say the "Sharknado" star looks pretty great in her bright rainbow two-piece.

The actress is vacationing with her former "Celebrity Big Brother" housemates Jedward.

If Reid does end up starring in the sequel to her SyFy ratings hit, maybe they could let her show off her impressive figure?

Check out more celebrity beach bods in the gallery above.