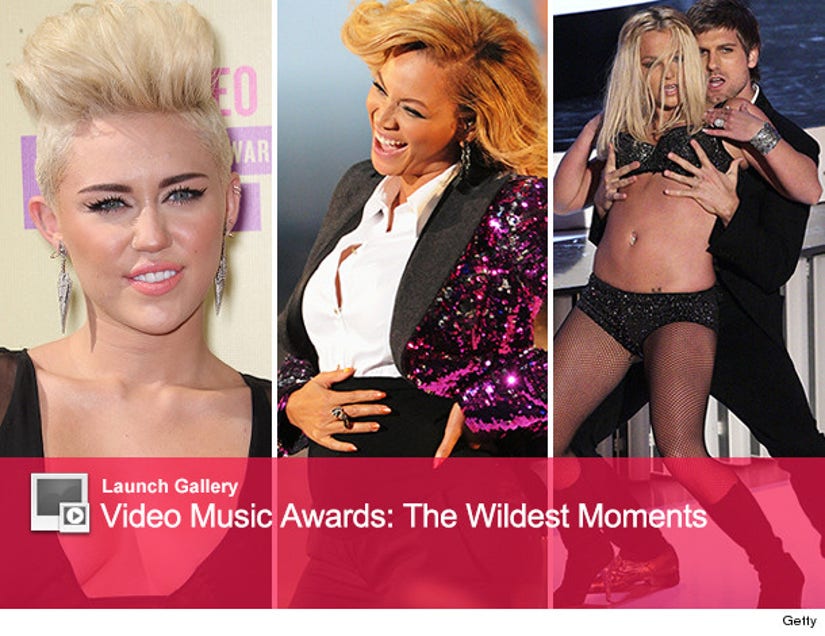 The 2013 MTV Video Music Awards are this weekend, and if past years are any indication, it will a wild show!

Last year marked the debut of Miley Cyrus' crazy blonde bouffant. One year later and the pop star is already tired of her short hair.

Back in 2010, Beyonce's high-energy "Love on Top" performance was buzz-worthy enough, until she unbuttoned her blazer and revealed her baby bump.

And who can forget the lip-sync disaster that was Britney Spears' 2007 "Gimme More" performance. We don't know what was worse -- her rat's nest hair or her lackluster dance moves.

Click on the "Launch Gallery' link above to see even more memorable MTV VMA moments, including Kanye West interrupting Taylor Swift and some very shocking kisses!