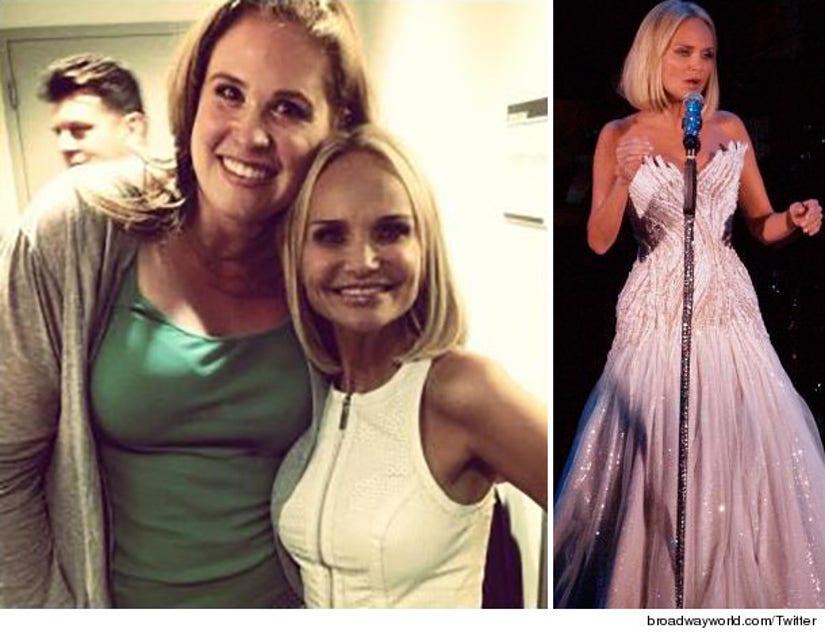 On Friday, Kristin Chenoweth brought one lucky fan onstage at the Hollywood Bowl to sing the duet "For Good" from the musical "Wicked" -- and they sounded amazing!

Kristin called audience member Sarah Horn to come up for the rendition, and once Horn was onstage she shared with Chenoweth that she's actually a voice coach.

Check out the video above to see their lovely rendition of the popular ballad!

You'd think this was planned -- but according to Sarah it wasn't. "I thought there'd be a plant [SIC] too!" Horn posted. "Apparently, Kristin gets a rush out of taking a musical gamble every once in a while. haha!," Sarah wrote on the YouTube page.

What do you think of their performance? Tell toofab in the comment section below!